The dog loving community in Cape Town have recently been alarmed by rumours that all the beaches in Cape Town are now banning dogs and horses.  The rumour has in fact been confirmed as untrue by the City of Cape Town. 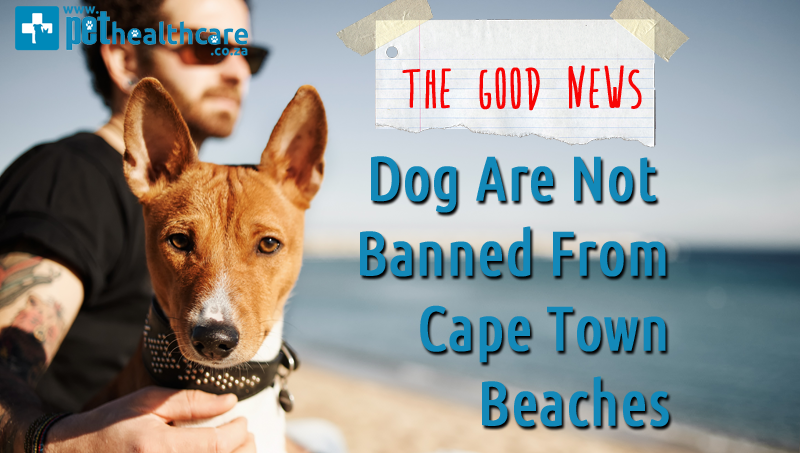 2 May 2019 | "The City of Cape Town’s media spokesperson confirmed with us that the City has not banned dogs from their beaches and dogs are in fact welcome at a number of locals beaches.

Locals in Hout Bay, however, have been complaining due to a number of residents and visitors who are openly bringing their dogs to beaches clearly marked with signage indicating that dogs are not allowed.

Some older locals have even reported being knocked down and still suffering from severe injuries a number of years after the incident occurred. Many locals are concerned as the trend of people walking around with their dogs off the leash on beaches that do not allow dogs is on the rise.

–        The hygiene risk (because of the bacteria contained in dogs’ faeces);

The coastline is a shared public asset and all members of the public are required to exercise due care, to avoid creating a negative impact on the environment and consideration for other users. This includes dog-owners being aware of the areas where dogs are prohibited and acting responsibly with their dogs in permitted environments.

Badroodien said some signs needed to be replaced once the department was made aware of this. He said dogs and all domestic animals were prohibited at beaches because of hygiene, safety hazard, nuisance, and environmental risks.

There are a number of beaches around Cape Town that are specifically allocated for animal lovers and their pets – and even a few that you can take your horse to.

For more information on this topic read the City’s Animal By-Law here."

Those looking to take to the beach with their furry friends can take a look through the list of beaches and find suitable dog beaches:

How to Stop Your Pet Slipping On Your Tiles or Wooden Floors?
Wooden and tiled floors can sometimes be hazardous for our 4 legged friends especially if they are w

Introducing a new cat to your dog
Contrary to belief, cats and dogs can get along if introduced appropriately. A gradual introduction

Top Travel Tips when you go away with your pets
Planning a road trip is always so exciting and even more so if you are going to take your furry...

Is Grain Free Dog Food Necessary for Dog with Skin Allergy?
An Expert Perspective Most of the dog food available in the market contain meat as a fundamental...

How to clean your dogs ears
Pet Parenting 101  :  Ear cleaning is an essential part of a dog’s basic grooming routine, and all...