Wildlife advocates have been warning us about the problems wild plants and animals have been facing as more and more species are erased from the landscape. Now a new report has painted a grim picture of a world that will be void of 10 iconic species that are vanishing before our eyes. 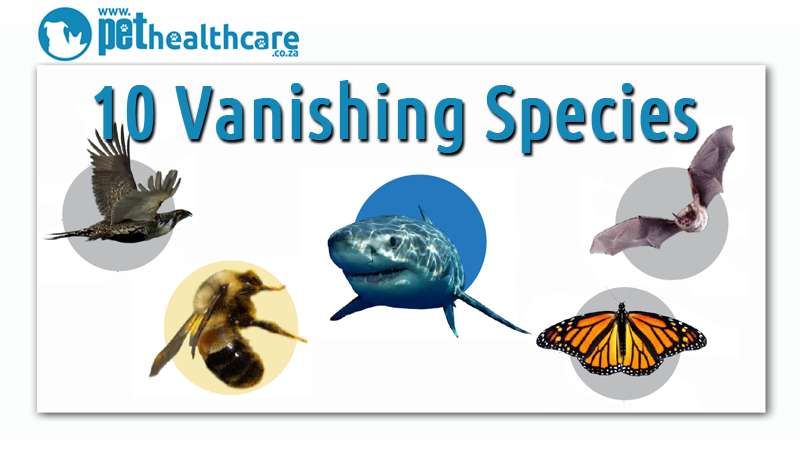 The report which was just published by the Endangered Species Coalition offers a grim outlook when it comes to opportunities for the next generation to see species of wild plants and animals that were once abundant, but it also offers hope that there’s still time to change the future through our personal actions.

“With each passing day, our children are less and less likely to experience the full beauty of nature and see the kind of wildlife that baby boomers, Gen Xers, and even Millennials experienced,” said Leda Huta, executive director of the Endangered Species Coalition. “We owe it to our future generations of Americans to protect our vanishing wildlife and the special places they call home.”

Sadly, the causes of the drastic declines in these species are being caused by us.

In its report, the coalition cites an on slaught of pesticides, declining ocean health, dirty energy production and climate change as some of the major factors affecting these species, but also includes a variety of ways we can still make a difference for wildlife, which will also help ensure a healthy environment for future generations to come.

“As the situation for many species grows ever more dire, our direct actions are able to rescue some of them from extinction,” said Dr. Peter Raven, President Emeritus, Missouri Botanical Garden. “This list should inspire hope and at the same time lead us to devote full attention to the species most in need.”

Even though the outlook is grim, hopefully this report will help inspire us to continue fighting to protect our environment and keep working to keep these species from disappearing forever.

For more information on ways to help check out the full report and visit the Endangered Species Coalition.

Listeriosis Outbreak and our pets
Pets who are fed raw food diets, are the most likely ones to get infected should a listeriosis out

Montego Sauce for Cats that's paw-licking good
May 2018:  We all want to spoil our loveable cats with a yummy treat every now and then because eat