Cape Town, 20.01.2017 – Obesity is a serious condition, not only in humans but also in animals. The negative impact of obesity on the health of an animal reduces both the quality and duration of its life. 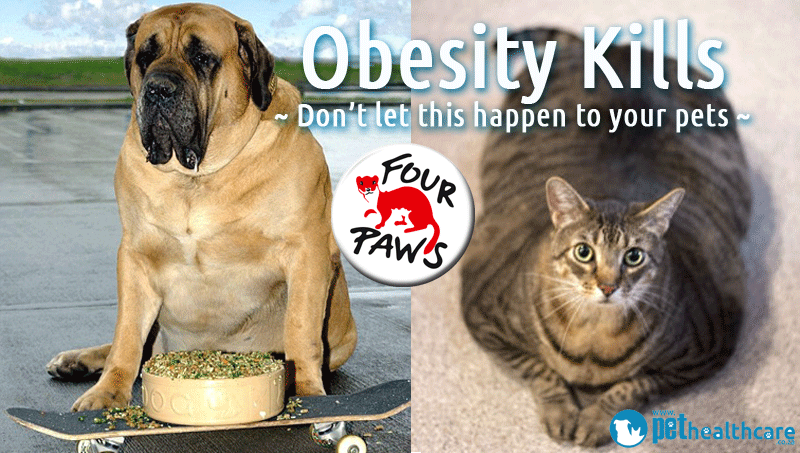 Experts estimate that approximately 50% of companion animals kept in Western countries are overweight. The main factor is an inappropriate diet given to pets by their owners. Pets often consume significantly more calories than they expend, due to pet owners often  being unaware of the highly-calorific nature of some pet foods.

Sarah Ross, lead expert for the FOUR PAWS Companion Animals Programme explained: "Dry food contains nutrients in concentrated form. A  small portion is usually sufficient for a dog or a cat, often portion sizes can lead to an animal becoming obese, particularly  if it does not receive sufficient exercise.”

According to the charity, it is also important to consider the cumulative effect of “treats”, as these may provide a significant source of calories in their own right, which can lead to an animal becoming overweight.

Other important factors leading to obesity include a lack of physical exercise, a lack of agility in older animals and/or a genetic pre-disposition towards obesity in certain breeds. If an owner can’t feel ribs under the layer of fat or is unable to see the waist of their pet then it is imperative that action is taken, as it is likely the animal is overweight, which could cause numerous negative health effects, such as shortness of breath, joint and cardiovascular problems and even diabetes.

To help owners avoid this scenario, FOUR PAWS has issued  5 easy measures that can be undertaken to keep a healthy pet:

Obesity is a problem, but it is not insurmountable, and, with the correct diet and exercise regime, pets can live long and active lives.

Aggressive Cats in the home
When you have a problem with an aggressive cat in the house, the situation can soon turn from tricky

Obesity in your pets & Why is fat bad for you?
For years we thought of fat as being excess baggage, the excess weight mechanically weighed down on

Funny Video from the SPCA
The SPCA hopes that this subtle TV advert should help get their message across. A dog with cash in h

Tips for Coping with a Blind dog
The day might come that you too, as a pet owner, will have to learn to live with your pet going blin