16.11.2018, Cape Town – Preparations to transfer recently rescued Albanian animals, which were kept in the Safari Park Zoo Fier dubbed the ‘worst zoo ever’, is currently underway.

Currently all animals are recovering from their horrible past and the stressful transfer that they had to endure at the Tirana Zoo. Members of the FOUR PAWS rescue team are on site at Tirana Zoo daily to monitor their wellbeing and to make sure the animals are cared for in the right way. 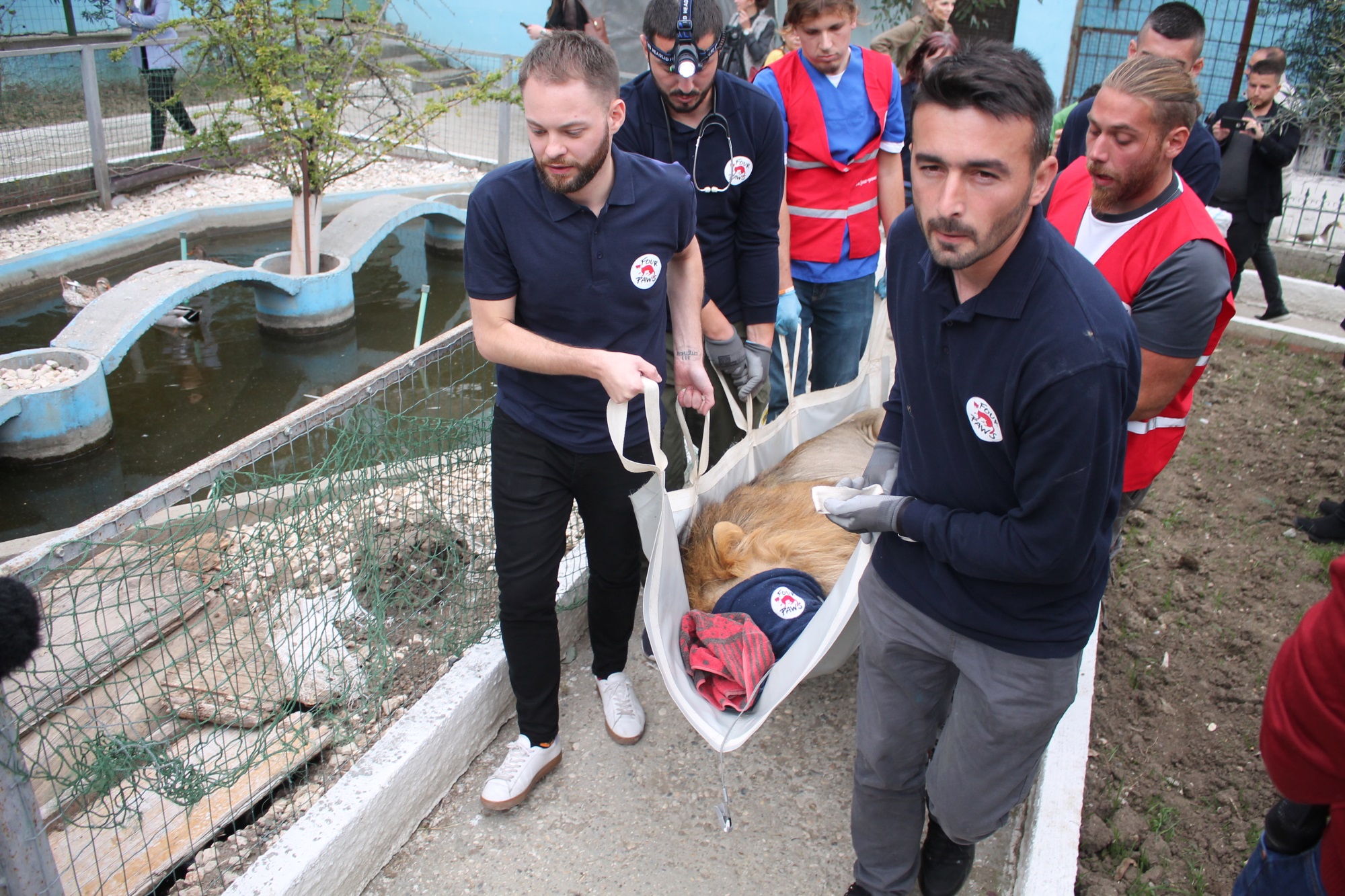 FOUR PAWS is working with local authorities to obtain the necessary permits in order to transfer the lions to our Big Cat Centre FELIDA in the Netherlands. We have already started preparations to transfer bear Dushi to our BEAR SANCTUARY Müritz in Germany. The team at our wildlife rehabilitation centre TIERART is preparing the facilities to take in the fox. Our deadlines are set from end December until February to get these animals to our sanctuaries.

Tirana Zoo has offered to provide lifelong care for the deer and waterbuck, and the authorities have accepted this offer.

An international outcry came after stories were published in some of the biggest international media publications. Images published showed the horrible keeping conditions and Lenci the lion, who suffered from a severe eye infection, became the face of the campaign. Meanwhile a growth from his eye has been removed and is receiving medical treatment to help with the healing process.

“For us as an organisation it is important to expose animal cruelty across the globe and to rescue animals from the horrible conditions they are kept in. It is up to us to protect them and to ensure that they live painless lives in species-appropriate homes like FELIDA, because they deserve nothing less,” says Fiona Miles, FOUR PAWS South Africa Country Director.

Ten Easy Steps To House Training a puppy
How easy is it to house train a puppy? The first and most important thing to remember is that your

What about the animals in Mozambique?
Claudia Armandi, president of Animals SOS Mozambique, is also the founder of this organisation in Be

Preparing Your Home for a New Puppy
For dog lovers, there are few things in life quite as exciting as a new puppy. Planning and preparat