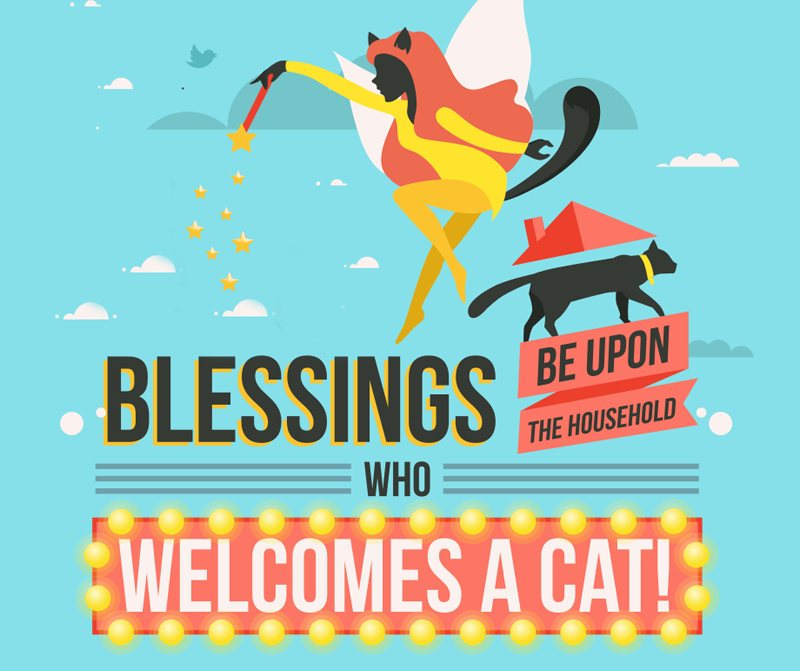 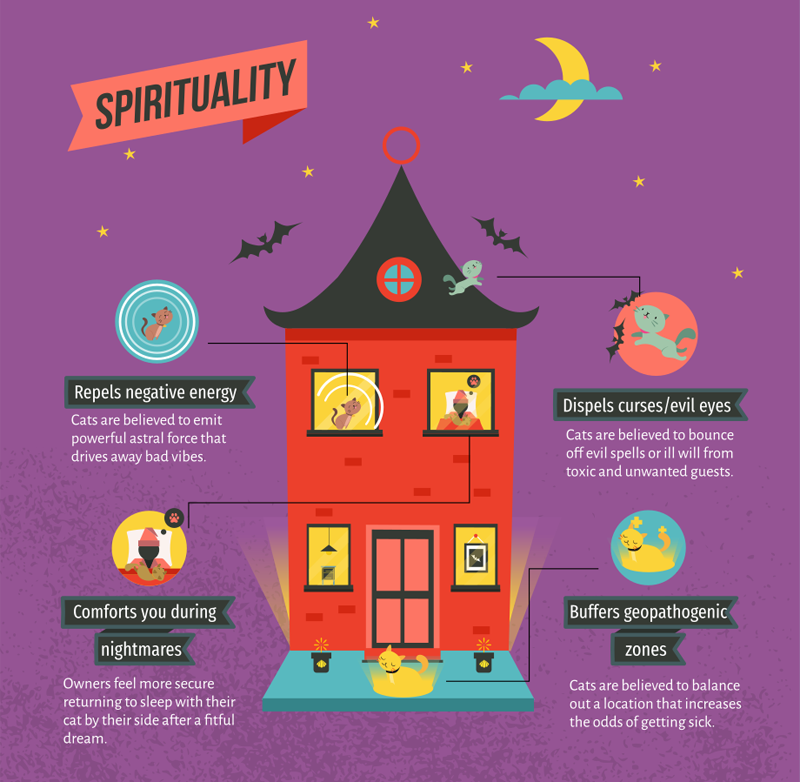 Aside from the observable advantages that cat owners reap, the feline animal companion also creates positive otherworldly benefits in your home. Many paranormal enthusiasts believe the historical stardom of cats as the subject of myth and folklore was no accident. It is widely known among these particular academic circles that cats have tremendous astral energy.

The ancient Egyptian cat goddess Bastet was known as the protector of homes. Naturally, her mortal embodiment tends to motionlessly stare at a particular area in your house after its aimless but cautious indoor wandering. According to modern psychics, your cat was busily driving away the hostile atmosphere/entity invading your home (especially if they are hissing at nothing).

Comforts you during nightmares

Cats would also wake you up in a frightening dream. Some would rub their faces while others would tap their paws. Psychics believe that the potency of feline astral energy extends to expelling the otherworldly trespassers of your unconsciousness.

In a 2011 PTSD forum, cat owners testify how their fur babies offer instant (albeit temporary) relief to their woeful intermittent slumber. The relaxing feeling of pet the bedside cat often serves as a metaphysical security blanket.

During the early medieval age in Europe, there was a particular page in that historical chapter where both cats and owners share a terrible fate. The violent and hyper-vigilant crusades against evil witchcraft have led to the unjust murders of unmarried women and their pet cats.

While pragmatic people would easily condemn whatever motivated such genocide, psychics believe that witches own cats (especially black ones) for their own protection. People who dabble with otherworldly forces are definitely vulnerable to its ill-effects – just as healthcare workers are prone to diseases. Following this logic, cats safeguard witches from their own ‘work hazards.’

Geomancy may not have enough academic credence, but it was once popular enough to gain scientific attention. In 2008, researchers from the Gratz University of Technology (Austria) investigate whether or not territories known to emit malignant radiation could directly affect the morbidity of hospital patients – even though the results remain inconclusive.

In psychic theory, all cats have enough astral energy to serve as a sealant for geo-pathogenic zones. However, the cat’s specific fur color has a distinct otherworldly specialization. The type of cat that is supposedly most potent against geographical or structural abomination is a tabby or any mixed breed with born in shades of orange and yellow. Gold-pelted cats are believed to spiritually radiant.

Good reasons to adopt an older pet
Chip off the ol’ block Everybody loves puppies and kittens. They’re cute, they’re full of energy an

Walking benefits for you and your dog
[Infographic] Exercise with your dog doesn’t have to be difficult or complicated. A daily brisk walk

Is your pet a Blood Donating Hero?
You can make your pet a hero by having him or her donate blood at the vet every 3-4 months.   We all

Dog Friendly beaches in Cape Town
Where can one go with your dog in and around Cape Town beaches? The answer is not that simple, as m

The Low Down on Seizures in Cats
Seeing your cat having a seizure can be truly scary and distressing, especially if it is the first t