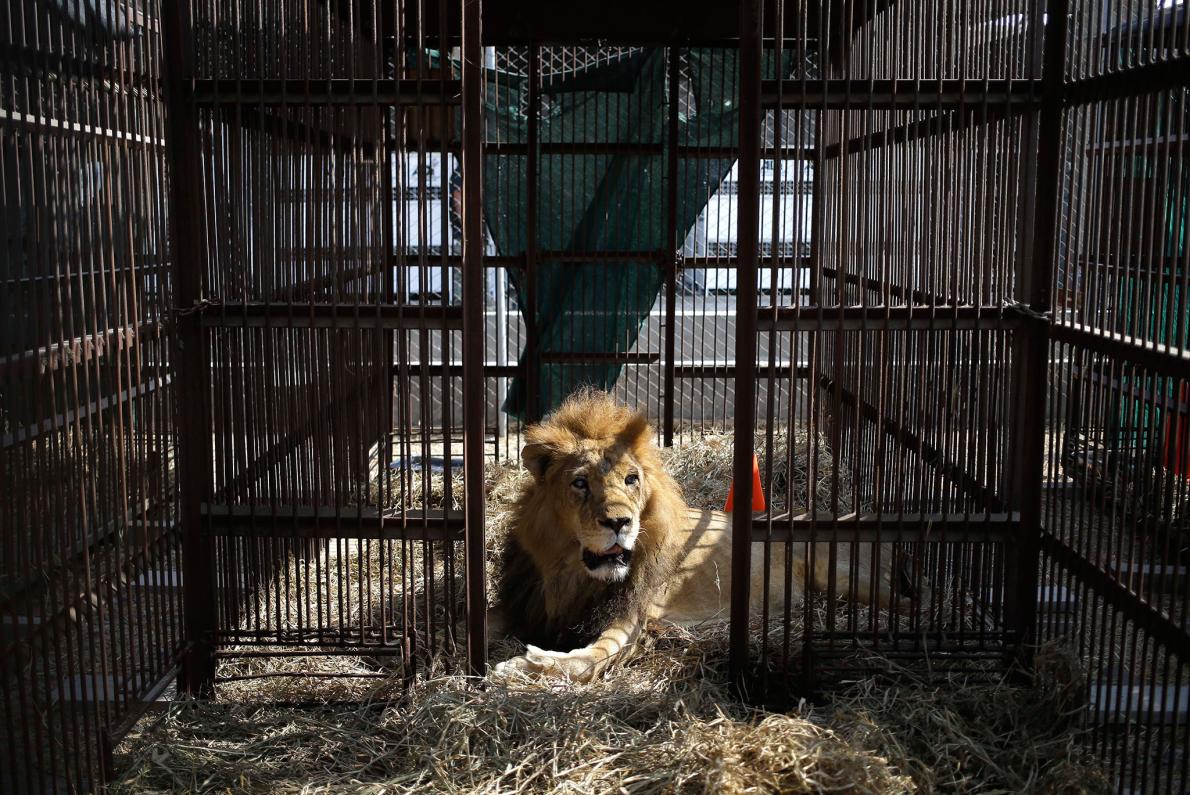 This lion and 23 others removed from circuses in Peru are being airlifted to South Africa, where a sanctuary awaits them and nine other circus lions from Colombia.
PHOTOGRAPH BY MARTIN MEIJA, ASSOCIATED PRESS / National Graphic

The largest project to date taken up by NGO ADI (Animal Defenders International) to rescue and re-home 33 Lions used (and abused - they’ve had their claws removed and teeth smashed by their handlers) by circuses in Colombia and Peru is currently in transit to South Africa. 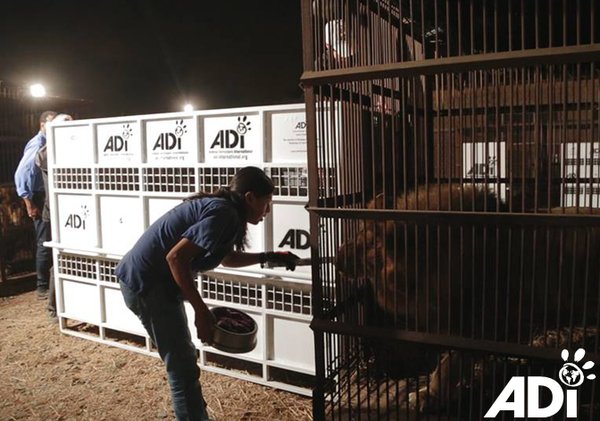 The lions from Peru were rescued in surprise raids by ADI on circuses in the country. They were living in deplorable conditions in cages on the backs of trucks. 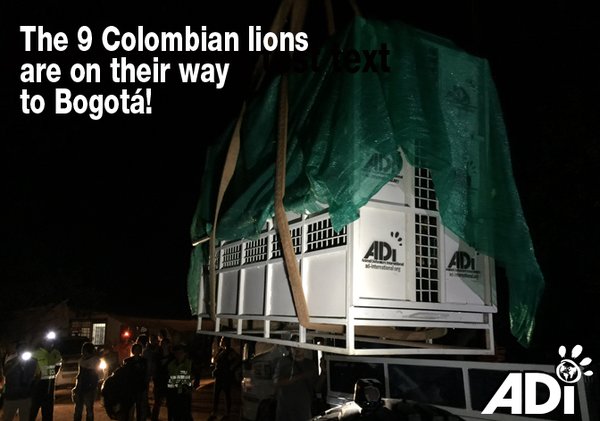 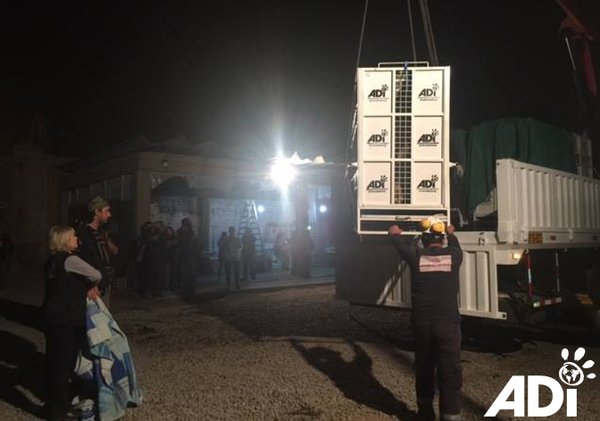 Jan Creamer and Tim Phillips orchestrated this incredibly technical mission, and their willingness to help these helpless animals is currently paying off. 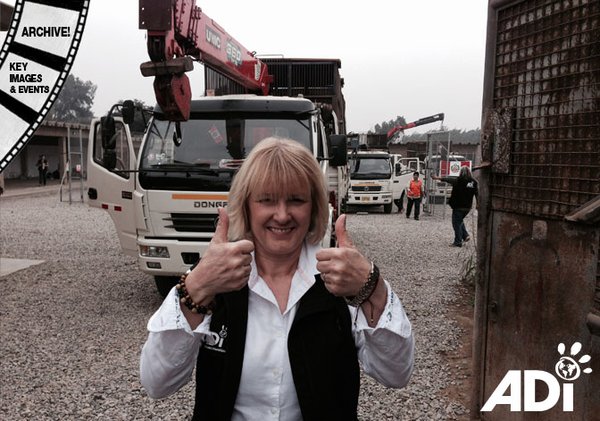 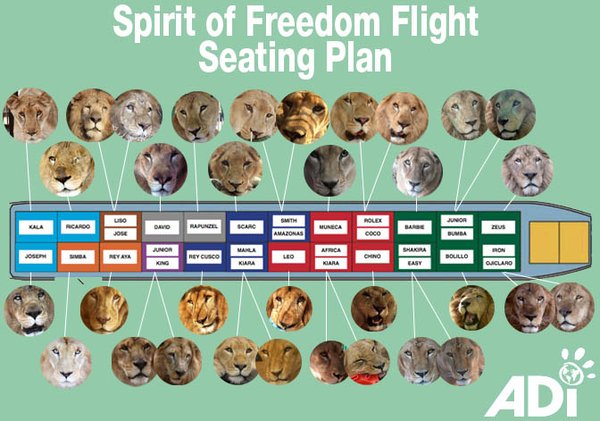 On Saturday 30 April 2016 the animals touch down in South Africa, and will be transported to their new home at a Lion Sanctuary in Limpopo province. 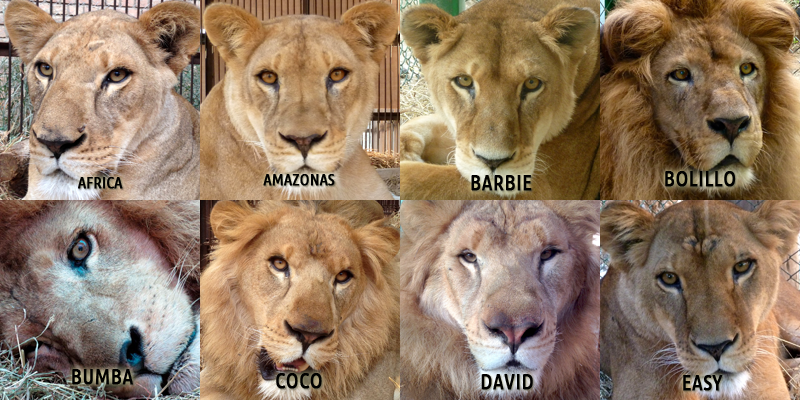 This is one of the biggest airlifts of its kind, – a non-stop cargo flight from Lima, Peru to Johannesburg, South Africa at a cost of R140 000 per lion (similar to a first class transatlantic flight for a person). They need all the donations they can get, as this is a massive operation with a price tag equally as great. 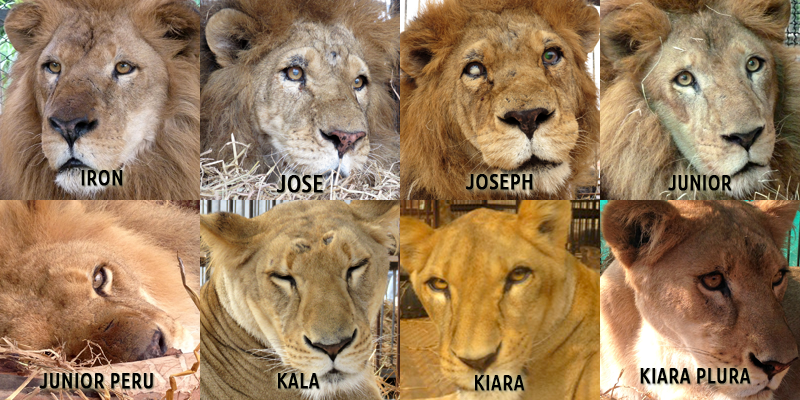 Thirty-two countries around the world have nationwide restrictions on performing animals in travelling circuses. More countries are considering similar laws. 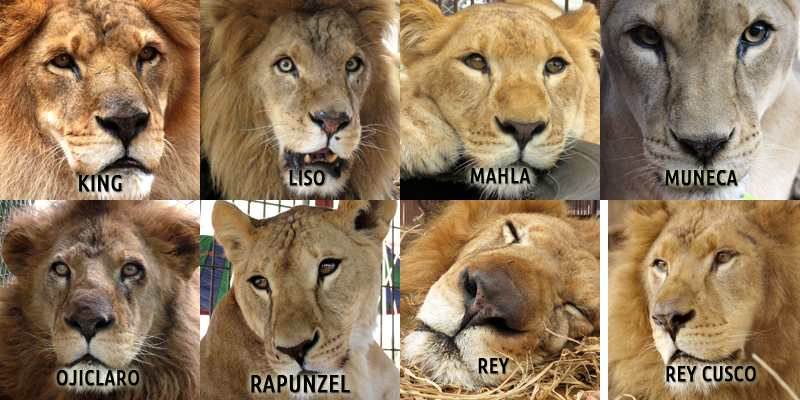 Their new home awaits their arrival with toys and sunshine and space to be free and be themselves. 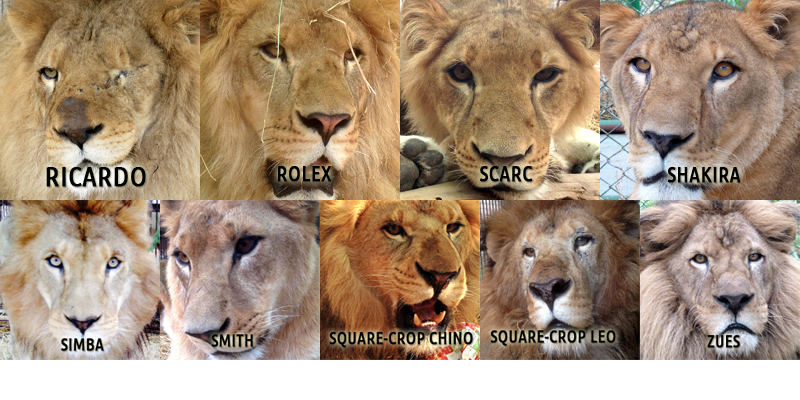 Support public groups who are against Animals being used (and abused!) in circuses:

Say No to Animals in Circuses : South Africa.

Updates of the Lions progress : 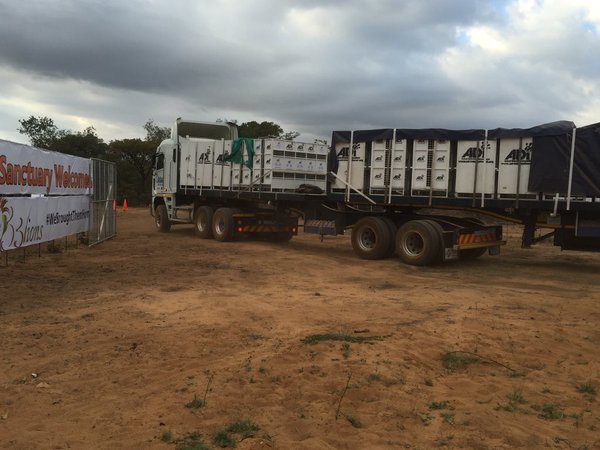 #33lions arrive at their new home Emoya at 7:35 am local time. A much delayed journey but here @CBSNews pic.twitter.com/1g8OXcKYQ9

Health tips for owners with senior dogs (7+ years)
As a pet owner, I still believe the best pet is a senior pet.  Their whole demeanour is so beautiful

Help #FeedAPet with BOSS and PETLEY’S
The Festive season is almost upon us, and although it may be festive in many households across the c