Sylvester Stallone the actor is famously synonymous for strength, courage, determination and without a doubt, a great success.  But his famous characteristics did not just happen, they came with pain, heart ache, hard work and the ability to never quit. 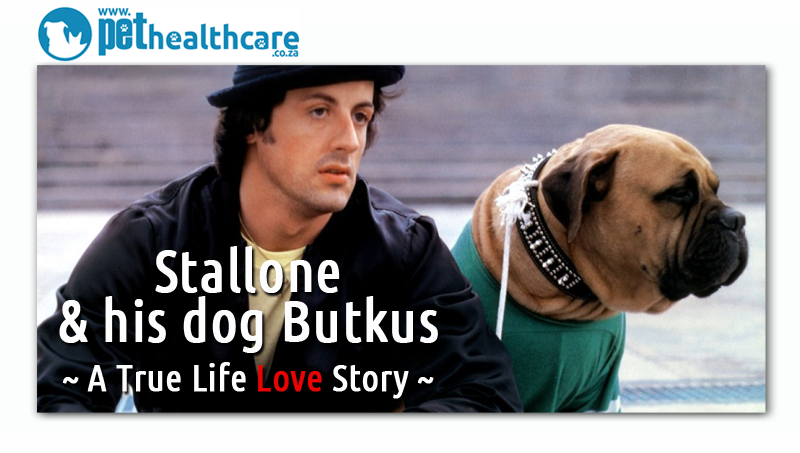 Did you know that Stallone was once so poor that he sold his dear beloved dog 'Butkus' for $25?  The good news is, he bought the dog back a short while later for $15 000!

Hollywood has produced many rags to riches stories, but this is one is by far one of the most beautiful ones that will remain a very special part of its history.

Here is the story of Stallone and his English Mastiff dog Butkus:

Back in the day, Stallone was a struggling actor in every definition.  At some point, he got so broke that he stole his wife's jewellery and sold it. Things got so bad that he even ended up homeless. Yes, he slept at the New York bus station for 3 days, unable to pay rent or afford food.  His lowest point came when he tried to sell his dog Butkus at the liquor store to any stranger. He didn't have money to feed the dog anymore. He sold him for only $25. He says he walked away crying.

Two weeks later, he saw a boxing match between Mohammed Ali and Chuck Wepner and that match gave him the inspiration to write the script for the now famous movie, Rocky.  He wrote the script for 20 hours! He tried to sell it and got an offer for $125,000 for the script. But he had just one request: He wanted to star in the movie. He wanted to be the main actor, Rocky himself. But the studio said no. They wanted a real movie star.

After a while, the studio agreed, gave him $35,000 for the script and let him star in it! The rest is history!

The film Rocky, made in 1976 on a budget of just over $1 million and shot in 28 days, was a sleeper hit; it earned $225 million in global box office receipts becoming the highest grossing film of 1976 and went on to win three Oscars, including Best Picture, Best Directing and Best Film Editing. The film received many positive reviews and turned Stallone into a major star.

He was even nominated for Best Actor! The Movie “Rocky” was even inducted into the American National Film Registry as one of the greatest movies ever!

And do you know the first thing he bought with the $35,000? The dog he sold for $25. Yes, Stallone loved his dog Butkus so much, that he stood at the liquor store for 3 days waiting for the man he sold his dog to. And on the 3rd day, he saw the man coming with the dog. Stallone explained why he sold the dog and begged for the dog back. The man refused. Stallone offered him $100. The man refused. He offered him $500. And the guy refused. Yes, he refused even $1000. And, believe it or not, Stallone had to pay $15,000 for the same dog he sold at $25!

But he was overjoyed because he finally got his dog back!

And today, the same Stallone who slept in the streets and sold his dog just because he couldn't even feed it anymore, is one of the greatest Movie Stars who ever walked the Earth.

The new craze is giving Shelter Animals a holiday - in your home
It's true, instead of visiting and walking a dog at the animal shelter, more and more people are giv

8 Tips On Ending Winter Worries For You & Your Pet
Although temperatures in South Africa are usually fairly pleasant year round, in winter month lows c

Top Dog Diseases to be aware of in South Africa
If a dog has a particular kind of disease, how would you as the pet owner respond to this situation?

Luxury Dog Hotel AtFrits donates blankets to Khayelitsha pets this winter
Over the past couple of weeks Cape Town has enjoyed a significant amount of rain. According to the C

Leadville Dog-Park for the West Coast
Sunningdale is a fairly newly developed suburb about 20 km up the West Coast from Cape Town.  Even t