The Yulin Dog Festival, also known as Jinhua Hutou Dog Meat Festival (but for most of us its more like the DOG MEAT TORTURE festival!) takes place every year in June when the sun rises farthest north of due east and sets farthest north of due west. North of the Antarctic Circle, the sun shines all day.  But this is not a day for the world as we know it to celebrate, as on this day, the people of Yulin in China not only eat meat to keep the evil spirits away, they also believe that the more the animal suffers, the better the meat will taste.   Their hunger for torturing the animals is something one can only describe as a pure example of hell on earth.  We question how people who are so cruel and heartless can be towards the overal respect and regard for life.  We can only pray that one day, somehow these evil beings that call themselves human will have a change or heart. 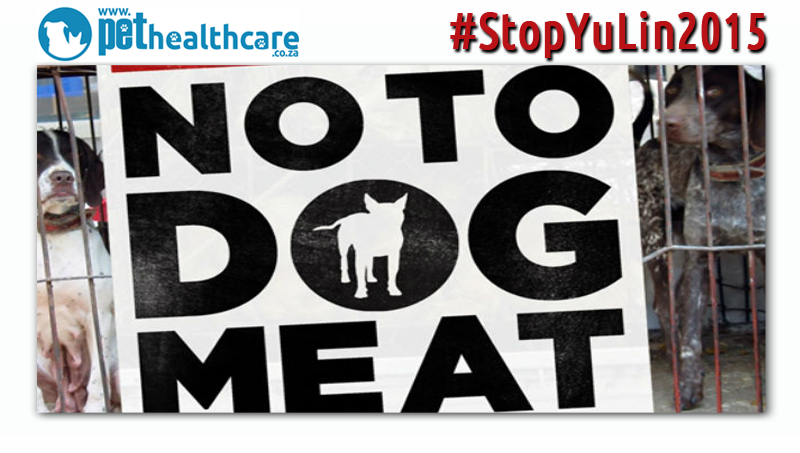 "It's misleading to call Yulin a Dog Meat Festival.

It should be called a Dog Torture Festival.

The good news is that there are good people in China that are trying to put an end to this barbaric ritual.

A woman from China decided to adopt 100 dogs during the Chinese Dog Meat Festival in an effort to save them from being eaten.  Animal advocate Yang Xiaoyun crossed over 1,000 miles away from her home just to do it.  She wants to call attention that not all Chinese people are in favor of the act, and they want it to stop.

She spent a reported $1,100 US (R13,500) to obtain them, all to keep them off of someone’s plate.  She plans on bringing the dogs back to her hometown of Tianjin, and plans to care for them all at the sanctuary she runs.

Yang started out Tianjin Stray Animal Rescue Shelter in 1995.  Her husband passed away, and found that caring from animals was an excellent way to fill the void in her life.  She retired from her teaching job, and now has somewhere around 1,500 dogs, and 200 cats!  Yes, you are reading that right; 1,500 dogs and 200 cats!

Recently, the public has been more and more against the Yulin Dog Meat Festival.  Not just outside of China, but not Chinese citizens are starting to take a stand against the practice.  With the proliferation of social media throughout the world now, more people from outside of the province are coming in to protest.  With help from animal activist, animal rights groups and celebrities, it may come to pass that the Dog Meat Festival finally comes to an end.

Hill's Transforming Lives Invites you to Share your story
24 July 2016:  Does nutrition have the power to change lives?  Hundreds of South African pet parent

Urinary Infections in Pets
Does your pet suffer from Bladder Problems or UTI? How does one identify Urinary Tract Infection in

There's a Rang-Tan in My Room and I dont know what to do
A supermarket in Iceland made a video to show the damage of #PalmOil Plantations to our planet, and

This Kitten Would Have Come Home With Me!
Okinawa: Japan 2015:  The cutest little kitten finds comfort when a wildlife photographer sits down

Do animals also want a Christmas Pressie?
The night before Christmas a very special moment happens that only the dog sees. At first he is not