Has your dog ever showed strange behaviour around you, for you to only find out that the mole or "sore" you have / had is actually cancer?  Read about this interesting fact and make yourself more alert to your pets behaviour the next time they try to tell you in their sniffing and licking ways. 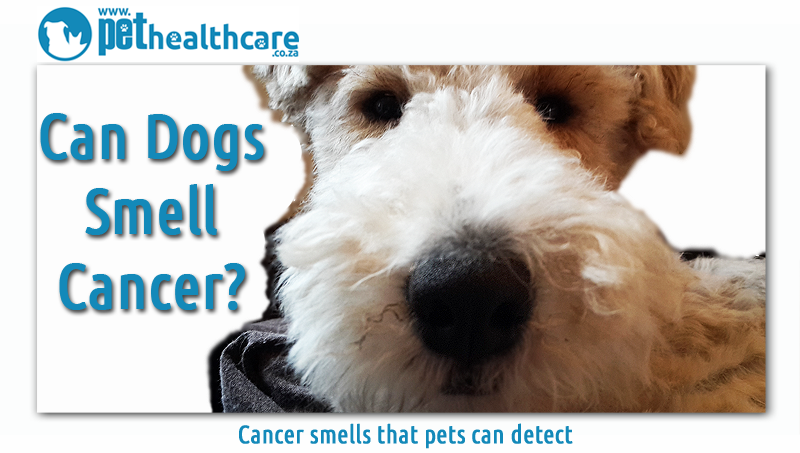 Cancer affects everyone, not just humans, as dogs and cats can also suffer from cancer.  If your pet has any of the following symptoms, it is important to visit the vet if you have any concerns.  While no one sign indicates cancer, if two or more are present, the animal should be taken to a vet to be properly diagnosed and treated.  Humans too should also take note of the list as early detection saves lives.

Signs to watch for include:

A big breakthrough in recent years is the fact animals can detect cancer in humans.
There have been numerous incidents:

Research has shown that malignant tissue releases chemicals that are different from normal tissue.  A human has about 5 million scent glands whereas a dog, depending on the breed, has anywhere from 125 to 300 million.  It’s therefore no wonder they can detect certain odours.

While these are only a selection of incidents, numerous studies have shown dogs and to a lesser extent cats, are amazingly accurate at detecting certain cancers by smelling breath or urine samples.  The breed of dog doesn’t matter and nor the stage of cancer.  While your canine or feline friend won’t be sent to work anytime soon, more research is being done into detecting the scent of cancer.

Ten most common pet ailments presented to vets over the holidays
Holidays are fun and filled with awesome things to make sure we relax and have a great time.  Its al

7 Networking tips for Pet Business Owners
Networking is not only about going to a venue and being forced to speak to unfamiliar faces.  I know

Luxury Dog Hotel AtFrits donates blankets to Khayelitsha pets this winter
Over the past couple of weeks Cape Town has enjoyed a significant amount of rain. According to the C