An urgent alert was sent out to the Dachshund rescue community when the owner of 3 dogs ordered to have them put to sleep as she could not find them a home together in the timelines that she was given. 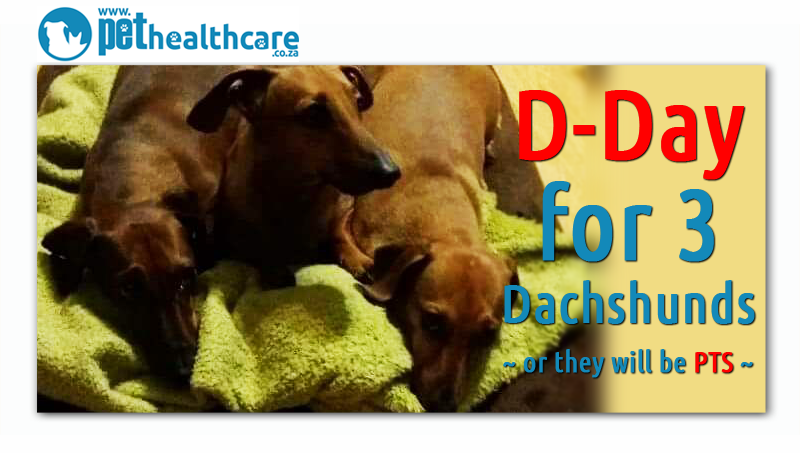 CSI Reporting: This must be the rescue mission of the year

Camdeboo Sterilisation Initiative was alerted to the plight of 3 Dachshunds that were scheduled to be put to sleep on Saturday the 16th of April 2016 by their owner.

due to rules of their Body Corporate. Pikkie (Mommy) and her 2 sons Milo and Teddy. Since these dogs were inseparable and pined when apart, the owner did not wish to have them split up for adoption and from experience, we know that homing 3 dogs to the same home, borders the impossible. So sending them all together over the Rainbow Bridge, seemed like the preferable and only option to the distraught owner. 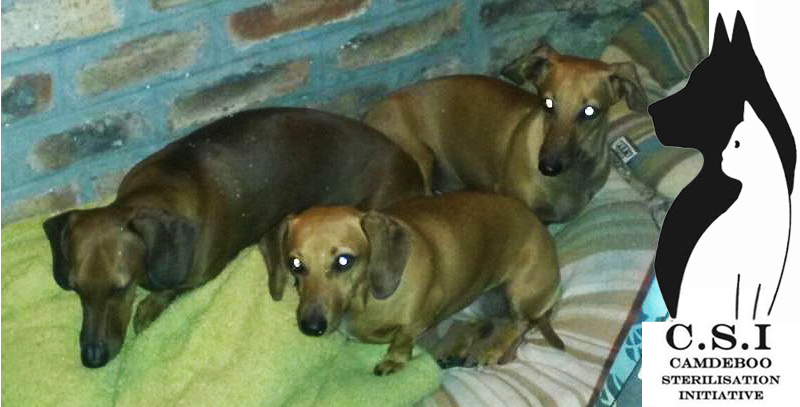 3 Doggies spending the night in foster care en route to their new home.

We received the MAYDAY on Wednesday evening, 6th of April, leaving us with basically 2 days before Saturday to find these Daschies a home TOGETHER – the only condition on which the owner would release them into our care – if we could promise that they will not be split up.

Another obstacle – they were in Pretoria, and we are in Graaff-Reinet, Eastern Cape! 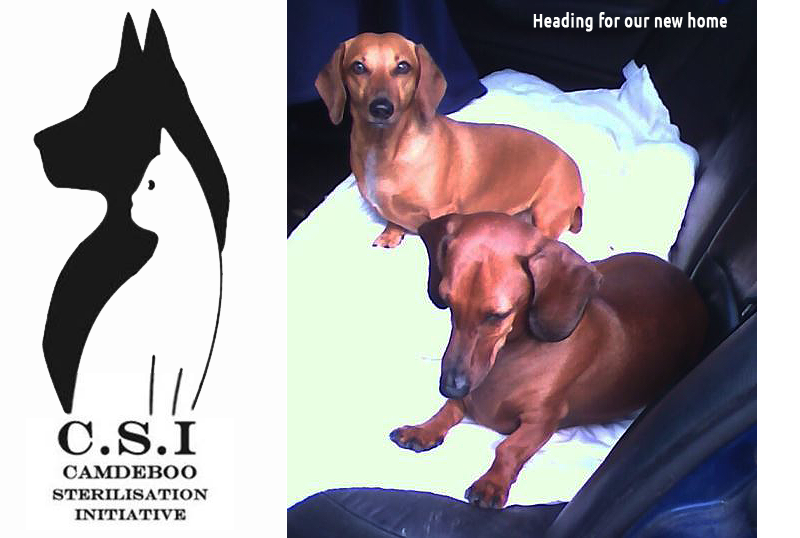 Our absolute gratitude and heartfelt THANK YOU go to all the following people: 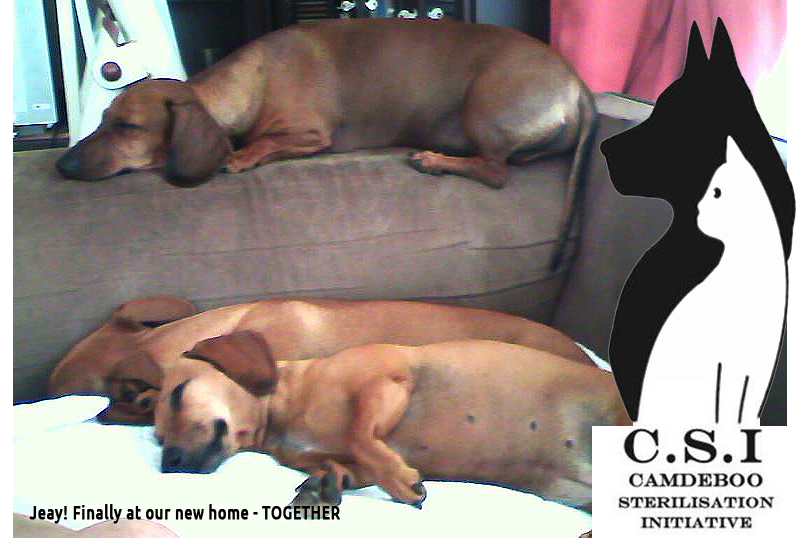 And thus ends “The incredible Journey”  I am completely humbled by all the rescuers and animal lovers, some friends and some strangers, pulling together to make this miracle happen and save 3 precious lives. Like a respected friend use to say: The Lord often works supernatural in natural ways – using ordinary people like you and me, to make extraordinary things happen. All honour to HIM.

Should you wish to support their cause:

Pack a Wagging Winter Shoe box to keep one pet warm this winter
Winter has settled in Cape Town with rain and icy temperatures. The township of Khayelitsha has an

Help Stop Wildlife Selfies and you stop animal abuse
The time has come to put an end to WildLife Selfies.  Animals are being abused beyond words can imag

Victory for South African Veterinarians
In a unanimous judgement handed down on the 5th of December 2018, the Constitutional Court ruled in