Dr Mike Hardwich, the author of the highly acclaimed “The Lion and the lamb” and “The Rhino and the Rat” was once contacted by his daughter’s primary school teacher.  She was concerned that the 11 year old girl’s fantasy stories were getting out of control. Where did the girl get the idea of twelve elephants in the garden, a chimp in the bedroom and two lion cubs running free?  Imagine her surprise when all these fantasy stories of the family pets’ menagerie were actually the absolute truth. 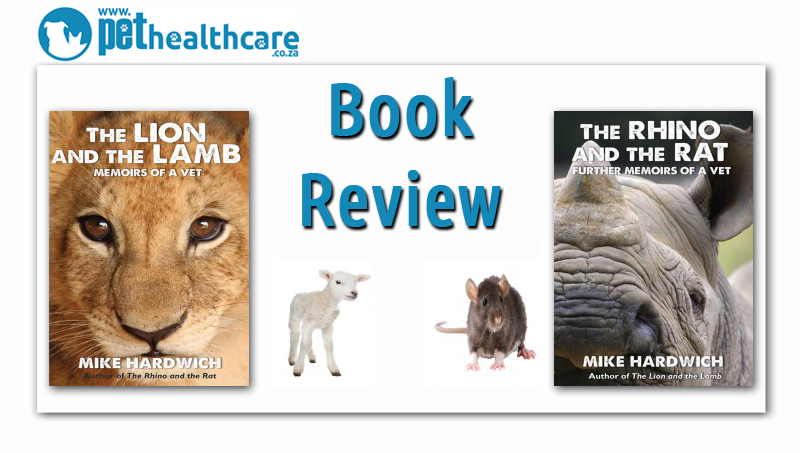 Title:“The Lion and the Lamb” & “The Rat and the Rhino”

Content: Easy to read sketches of the daily trials and tribulations of a vet

Target market:  Most pet owners who ever had a sick pet, prospective vets or anyone who wanted to become a vet will enjoy these books.

As a wild and domestic animal vet with more than 39 years of experience Dr Hardwich’s books can keep you captive for hours.

In his daily life he has been in some precarious situation where his escape depended on staying calm, focused and level headed.

He shares his interlude with Borang the Italian orang-utan, with his readers on the first page of his book. He was attending to the medical needs of this majestic primate and administered a vitamin injection. Most likely due to the sting of the medicine the ape turned ballistic and he was trapped inside the enclosure with the angry animal.

His rapport with animals is clear in his interaction with the littlest marmoset to the biggest elephant. He mourns with the orphaned marmoset and celebrates with the Lulu, the fox terrier that defies all science and lives for months with an extensive liver cancer.

In the veterinary profession the one person who knows the vet best is the kennel hand or assistant who assists him with the sometimes challenging patients. In the wee hours of the night after a long day consulting, uncooperative patients and emergencies, a person is stripped from all pretences. One of Dr Mike’s assistants summarised him as follows:  “His spirit calms the animals… he knows no fear… he never panics..”

In his book he recalls the challenges of filming animals for commercials and movies. From convincing lions to attack a stuffed sleeping bag.. without getting in harm’s way .. to trekking with 12 elephants to the desert  for a high budget advert, his tales never seize to amaze. He also played a cardinal role in the “Lion and the Lamb” TV commercial which was aired in the early nineties and was awarded the “Best Advertisement for Peace’, at Cannes. He describes the behind the scenes challenges and the secret on how they convinced the lion not to devour the lamb.

His experiences are presented as short sketches and although his scientific background is evident in the nomenclature it is an easy read. A reference glossary is given at the end of the book for terminology used.  Fun illustrations add background to the book and will please all the young readers.

Dr Hardwich gives a true account of the challenges a vet has in his daily life. He does not only share his success stories but also the frustration when a beloved pet dies regardless of your best effort.  He devotes more than one chapter to the rabies threat and the importance of rabies vaccinations is emphasized.

These are excellent books written expertly by an exceptional person whose commitment to the wellbeing of animals is evident in his tales but also in the establishment of the “Dr Mike Hardwich Foundation”. This non-profit organisation aims to vaccinate and sterilise dogs and cats in underprivileged areas. Approximately 80% of South African pets do not have access to veterinary care and, especially in Kwazulu Natal where rabies is a daily threat to all, making a difference in the lives of these unfortunate animals are needed.

I was very excited to hear that Dr Mike will publish another two books later this year. Keep a look-out for “The Green Desert” and “The Tiger and the Tortoise”.

If you would like to buy a hard copy of The Lion and the Lamb – Memoirs of a Vet or The Rhino and the Rat – Further Memoirs of a Vet directly from Mike Hardwich please place your order (banking details will be provided to you) via:

For Kindle owners, both e.books are available for download from Amazon.

The Tiger and the Tortoise will be published in October 2014. 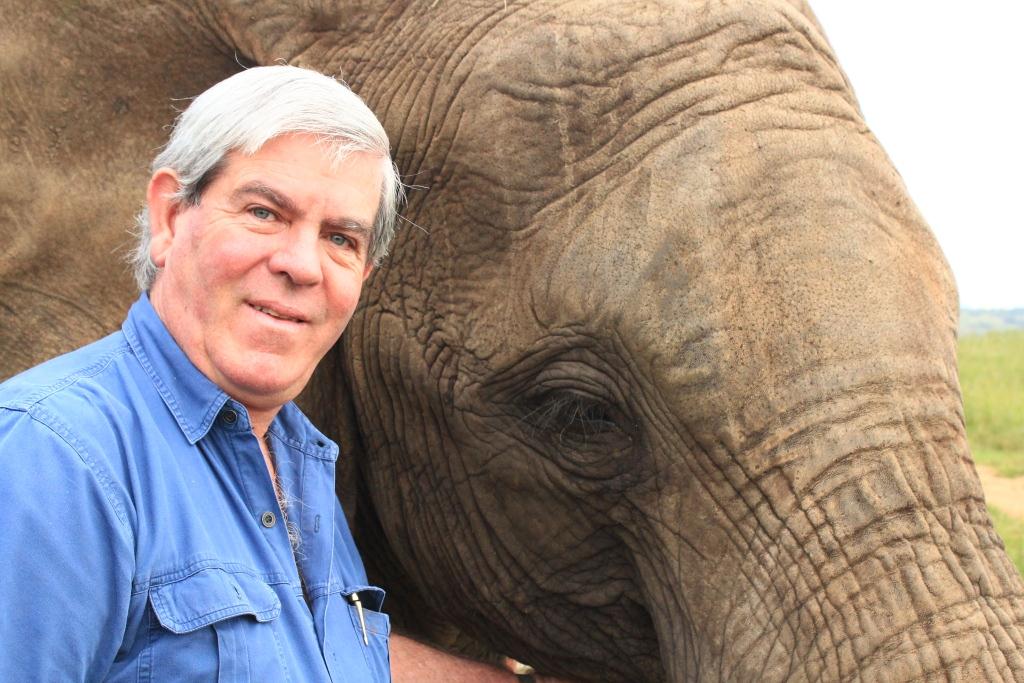 Mike Hardwich is a dedicated vet who has worked with wild and domestic animals for over thirty-nine years. He assists whenever the need arises and has an extraordinary rapport with all living things.

This is perhaps best summed up by the late Sam Ngwena, who spent forty years in all working for various vets as an assistant and the last six of his life working with Mike: “Mike is a white African who understands animals like no other. His spirit calms them; he knows no fear and never panics. He makes our really difficult work seem easy. We seldom have to restrain an animal patient; there is a calming spirit in our practice because of him.”

This weekend we are giving away 4 books. Are you going to be one one of these 4 lucky readers? 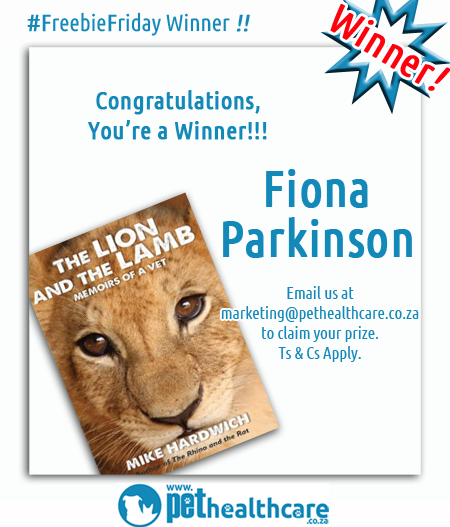 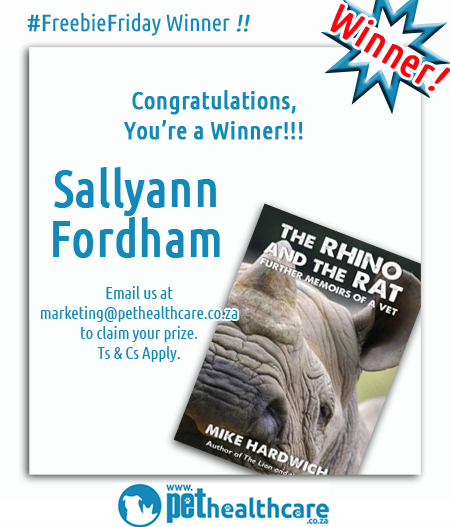 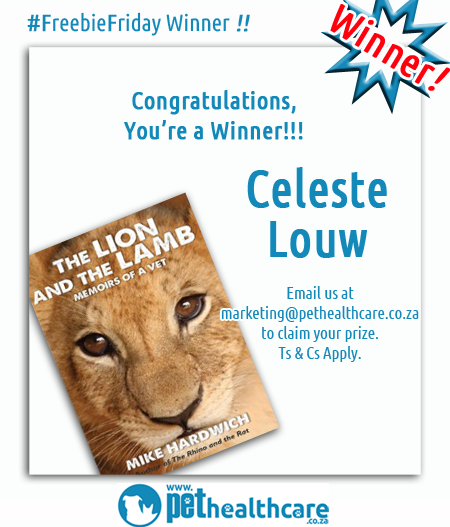 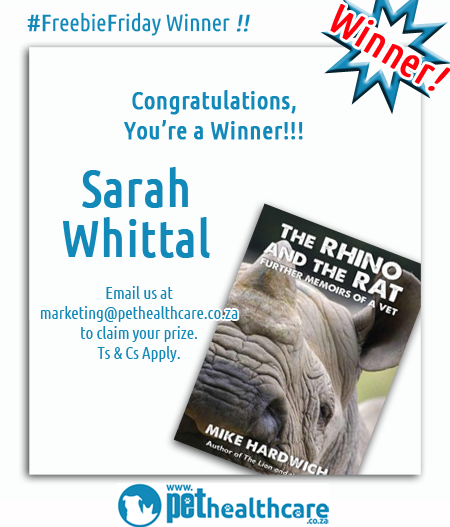 Open Letter from Vet Tech
“Dear Pet Owner, I am writing this to you because I am human.  I am a Veterinary Assistant, or a Ve

Getting the right bed for your old sizeable canine friend
Everyone is aware of the critical benefits of having a good night sleep on our health, both in the s