Here’s the myth that makes dogs sound like a dental miracle:  "Despite all the leftover macaroni, rubber bands and dead squirrels they chew, our canine friends still maintain better oral hygiene than human beings do, no matter how studiously we floss and how often we visit our dentists." 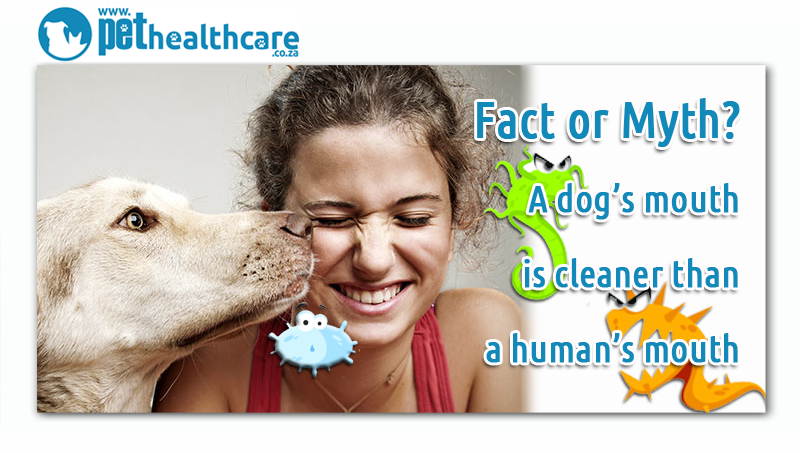 Could this really be true?

Well, sadly, no. In short, a dog’s mouth is besieged by its own legions of germs, roughly as huge in population as those living in the human mouth and causing a similar array of dental illnesses.

“It’s like comparing apples and oranges,” says Colin Harvey, a professor of surgery and dentistry at the University of Pennsylvania’s School of Veterinary Medicine. He is also the executive secretary at the American Veterinary Dental College.

Although there’s a vast overlap of bacteria in the mouths of both species, Harvey considers the question of which one is cleaner to be irrelevant because
a) both are teeming with microbes, and
b) in many cases, a dog’s dental bacteria differ from their human counterparts. 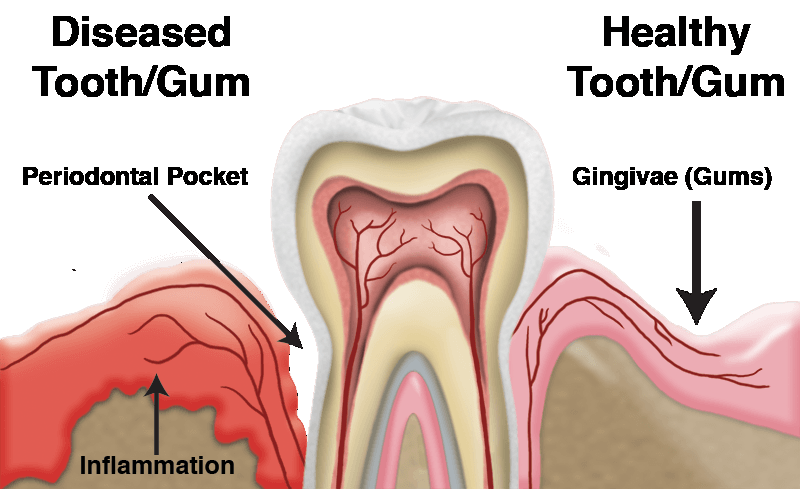 One example is the Porphyromonas, a family of rod-shaped bacteria known for causing periodontal disease, a serious gum infection that leads to the loosening and, eventually, detachment of teeth in both humans and animals.

Scientists have spotted two distinct species within the family:

Both bacteria thrive on periodontal tissues, eating up the gums and reducing well-rooted teeth to shaky cavities.

Although there are no theories so far to correlate breed and a dog’s proneness to periodontal disease, small and old dogs generally have higher risks of developing a serious form of the disease.

Another common dental disease in humans, however, has largely spared dogs. Dental caries (tooth decay), which according to a 2003 World Health Organization report may affect 90 percent of schoolchildren around the world, hits only about 5 percent of dogs. As complicated as the reason may be, most scientists, including Harvey, point to the scarcity of a bacterium in dogs’ mouths as the major explanation.

The culprit bacterium, S. mutans, eats a big sugar molecule by chopping the sugar into two slightly smaller molecules. This process produces acid as a by-product. Therefore, the bacterium has evolved to require a slightly acidic habitat, and if lucky, it ends up in the more acidic human mouth rather than the more alkaline dog’s mouth.

Is the human bite more infectious than a dog bite?

This too doesn’t hold up to scrutiny. According to Jeein Chung, a veterinarian at Hoboken Animal Hospital in New Jersey, the danger of both human and dog bites depends on the kinds of bacteria in the mouth and the depth of the wound. The bottom line: Cleanse as thoroughly as possible after getting bitten, and go to an emergency room if you feel the wound has gone anywhere beyond the muscles.

As for dogs’ favourite archrivals — I mean, besides squirrels — cats are found to be largely in an identical condition to that of dogs. “We haven’t done as much research on cats,” says Harvey. “But to the extent of what’s been studied, they are [almost] the same.”

This answer is provided by Scienceline, a project of New York University's Science, Health and Environmental Reporting Program.

The Story of Free Spirit (Warning Graphic Content)
It really is easy to find stories of animal abuse on the internet, and our aim is never to promote o

A little boy finds himself the perfect best friend
A farmer had some puppies he needed to sell. He painted a sign advertising the 4 pups and set about