Whilst animal shelters (in South Africa) are taking a huge knock from donations due to the pressure from BBEEE compliance* on local companies, one lucky shelter has made it to the top of the ranks in winning the Network for Animals Brian Davies 2018 award. 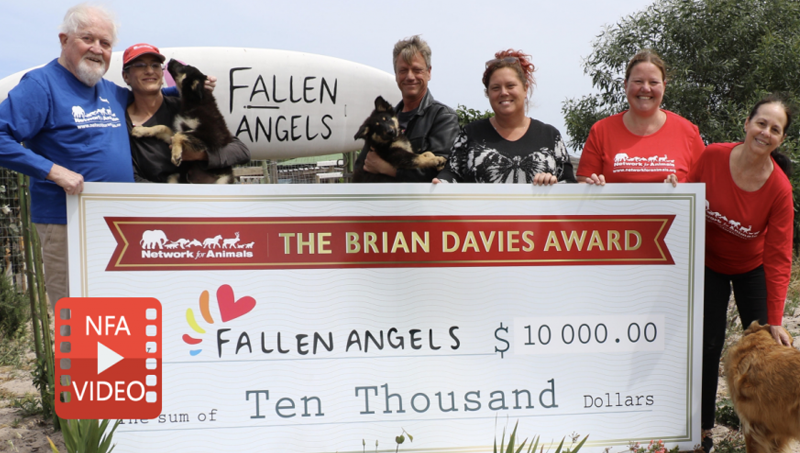 The ladies from Fallen Angels Pet Rescue (Melkbosstrand, Cape Town) work incredibly hard for the benefit of the animals and this money came in extremely handy to help them bring down their escalating vet bill, having to care for the true fallen angels.  Not only is this shelter doing a fantastic job at helping the helpless, but they are also exposed to a massive growth spurt of local housing developments popping up everywhere.  There is very little to no plans to increase animal welfare in this fast growing population and their work is due to get even tougher as their local commity around them grows.

We applaud Mr Davies for the work that he does to help the animals all over the world, from Forced Horse fighting and raping, to donkeys, elephants, rhino's, seals and illegal racing - he has it all on his shoulders to try and scratch the bottom of the ocean of this global epidemic of animal cruelty. 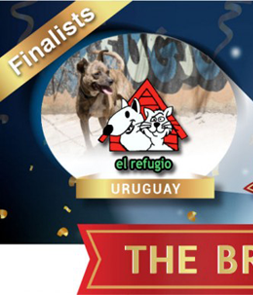 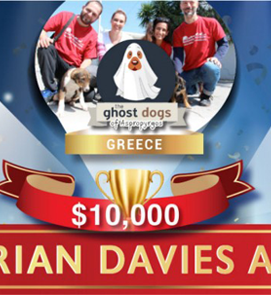 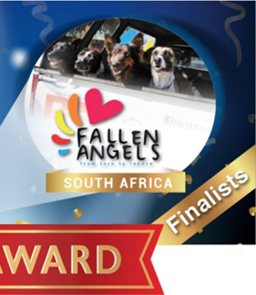 Shireen Williams of Fallen Angels was overwhelmed by the award. “We are humbled to be acknowledged by Brian Davies and Network for Animals, an organisation we hold in high regard.

“The award will improve the lives of our fur angels currently in our care and that of the many animals that need our immediate help.”

More about Network For Animals founders Brian and Gloria Davies

"Network for Animals is a leading force against animal cruelty, representing thousands of supporters and activists in the United Kingdom and around the world. From the dogs of the Philippines, to the rhino of Africa and the badgers of Britain, with your help we will make this world a better place for both the animals, and humans who share it.

Thank you for your support.

* In 2016 Animal Welfares around South Africa received an approximate total of R9billion.  This almost halved in 2017 due to the fact that companies are forced to donate their services to humanitarian matters rather than monetary donations.  This in itself is not the problem, but the fact that there is little monitoring of the 'donated services' and their true value - which has lead to some extravagant events taking place in the name of welfare.  Companies are able to write-off such events to gain much needed BBEEE points to maintain their stance in the business sector of South Africa.  As it stands, sadly the animals and the people who have to care for them are at the bottom of the list for support in South Africa.  We believe that personal and foreign donations are almost all they can rely on to make ends meet in the current economic environment.  E&OE - Ed.

Would You Clone Your Dog After Reading This?
The pain of losing a beloved pet is beyond words can say. A research laboratory in South Korea clai

Top Ten Tips for First Time Pet Owners
First-time pet ownership can be daunting, and for this reason, we are sharing with you some of the

Benefits of Human and Animal Bonds
Continuum of care is the future of animal health, says Zoetis Johannesburg, 13 May 20 | There is a

Popular Dog and Cat Names
There are so many variations to consider when choosing your new pets' name.  I got my first dog when