The Bull Terrier is a breed of dog in the terrier family. Popularly known as the 'Gladiator of the canine race'.

The Bull Terrier's most recognizable feature is its head, described as 'egg-shaped' when viewed from the front; the top of the skull is almost flat. The under-jaw is deep and strong. The body is full and round, with strong, muscular shoulders. 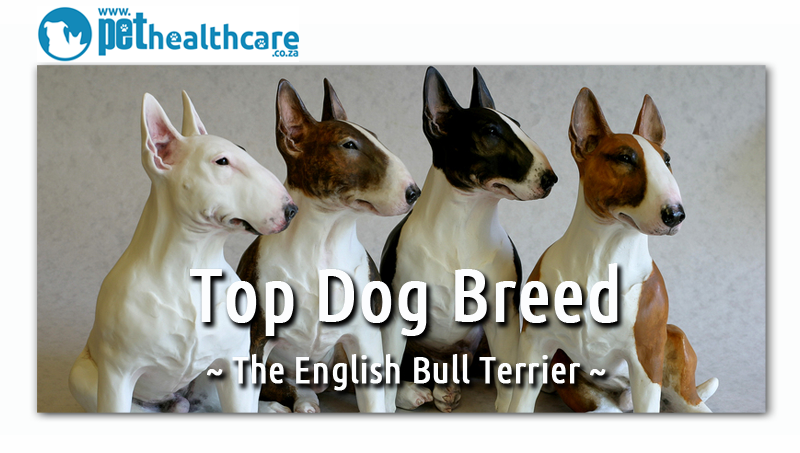 The Bull Terrier breed is known for being very stubborn and its recommended that only experienced dog owners consider this as a pet.  They are good guard dogs, but can be overprotective which could lead to further problems being part of a family.

Its best to get this breed from a puppy – combined with early socialisation and training - if you want them to grow into a family with children and other dogs and cats.  If you get this breed when older, then they could pose a problem with other pets due to their prey instinct.

What are the most common health conditions associated with the English Bull Terrier:

Thank you to our online vet Dr Adel for sharing with us ailments which she is exposed to as a vet on a daily basis.

Support the Animal Protection Amendment Bill, 2017
At Pet Health Care we are the mostly concerned about our pets and their health, but it is always

From Scruffy stray to beloved family pet
If ever a dog needed a 'best friend', it was this little Maltese cross. Trying to survive on her own

Hypoallergenic Dog Breeds for people suffering from allergies
If you are a dog-lover, but suffer allergic reactions due to the shedding of their fur, then this in

How to Stop Your Pet Slipping On Your Tiles or Wooden Floors?
Wooden and tiled floors can sometimes be hazardous for our 4 legged friends especially if they are w