Rabies is a Zoonotic disease which is transmitted from a rabid animal to other warm blooded animals, including humans and our pets.  The danger lies in the fact that this disease is lethal if not treated almost immediately after being infected. 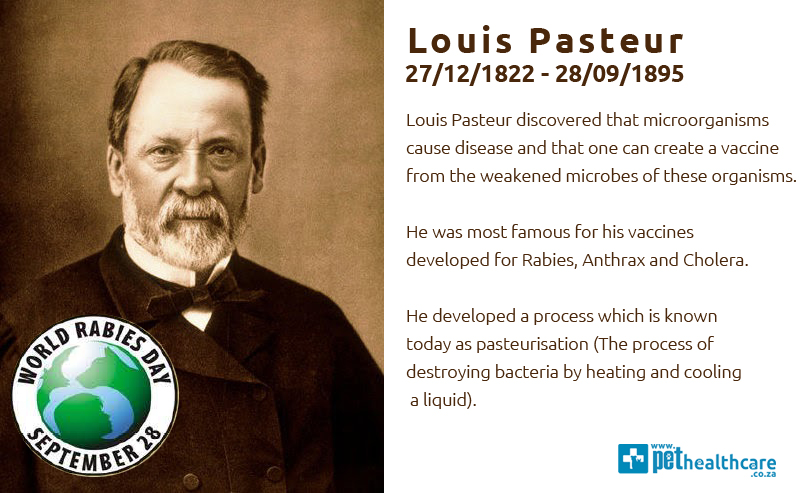 1. Why is World Rabies Day celebrated on 28 September every year?

Louis Pasteur discovered that microorganisms cause disease and that one can create a vaccine from the weakened microbes of these organisms.  He was most famous for his vaccines developed for Rabies, Anthrax and Cholera.

He also developed a process which is known today as pasteurisation (The process of destroying bacteria by heating and cooling a liquid).

2. How many people die every year from Rabies?

The most deaths occur due to rabid pets, and on average 60,000 people die every year from rabies.

3. Which countries have the highest rates of rabid animals?

4. What exactly happens when a rabid animal bites a human?

The Rabies Virus is carried over to humans by means of the saliva of a rabid animal. This fatal virus attacks the central nervous system, which includes the spinal cord and the brain.  Symptoms can occur within a week and up to 7 years after being infected.  Rabies in humans is fatal if not treated immediately.

5. What are the symptoms of a human having rabies?

6. What are the most common symptoms of an animal having rabies?

7. Why is Rabies so dangerous for animals and humans?

All warm-blooded animals are at risk of contracting rabies.  Vaccination (prevention) for humans after exposure is successful if administered within 6 days, with 4 doses over a period of 2 weeks. They should also get another shot called Rabies Immune Globulin at the same time as the first dose. There is no cure after the disease has reached the spinal cord or brain and the inevitable outcome results in death.

8. Can one prevent Rabies in animals?

Yes rabies is preventable if immunised with Rabisin or Defensor, and the vaccination against rabies also have an "R" in them like DA2PPi+R, and the rabies portion is normally the diluent.

These vaccines cover your pet against rabies, canine distemper, hepatitis (canine adenovirus-2 and -1), parvovirus, and parainfluenza. 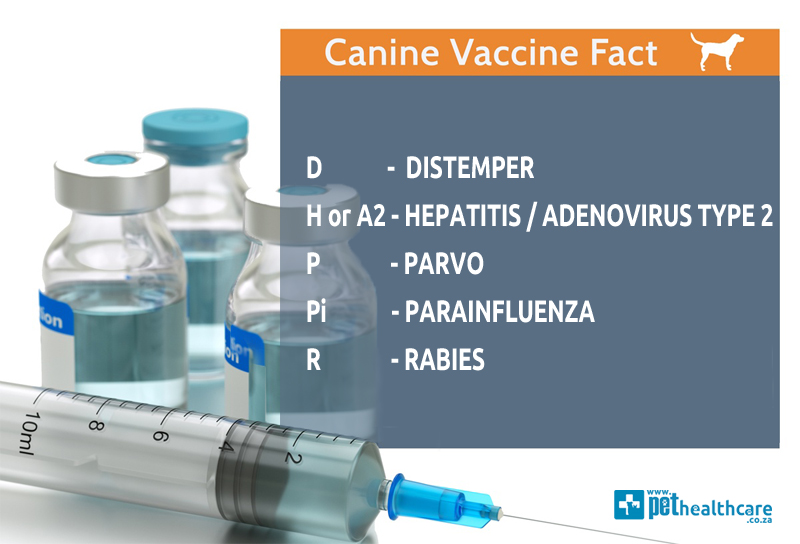 9. What is the difference between Canine Distemper and Rabies?

Unlike Rabies, CD is not transferrable to humans, but their symptoms are very similar.  In many cases when an animal does have Canine Distemper, it could also be infected by the rabies virus. Canine distemper is a contagious and serious viral illness with no known cure. The virus can be spread through the air and by direct contact of faeces or infected animals.

10. Is vaccinating our pets against Rabies compulsory in South Africa?

Yes all pets must be vaccinated against Rabies in South Africa.  This vaccination is often sponsored by the Government and offered at a reduced fee (or free of charge) during Rabies Prevention Week.  The vaccine does not only help protect our pets, but it also aids in the prevention of spreading of the rabies disease. 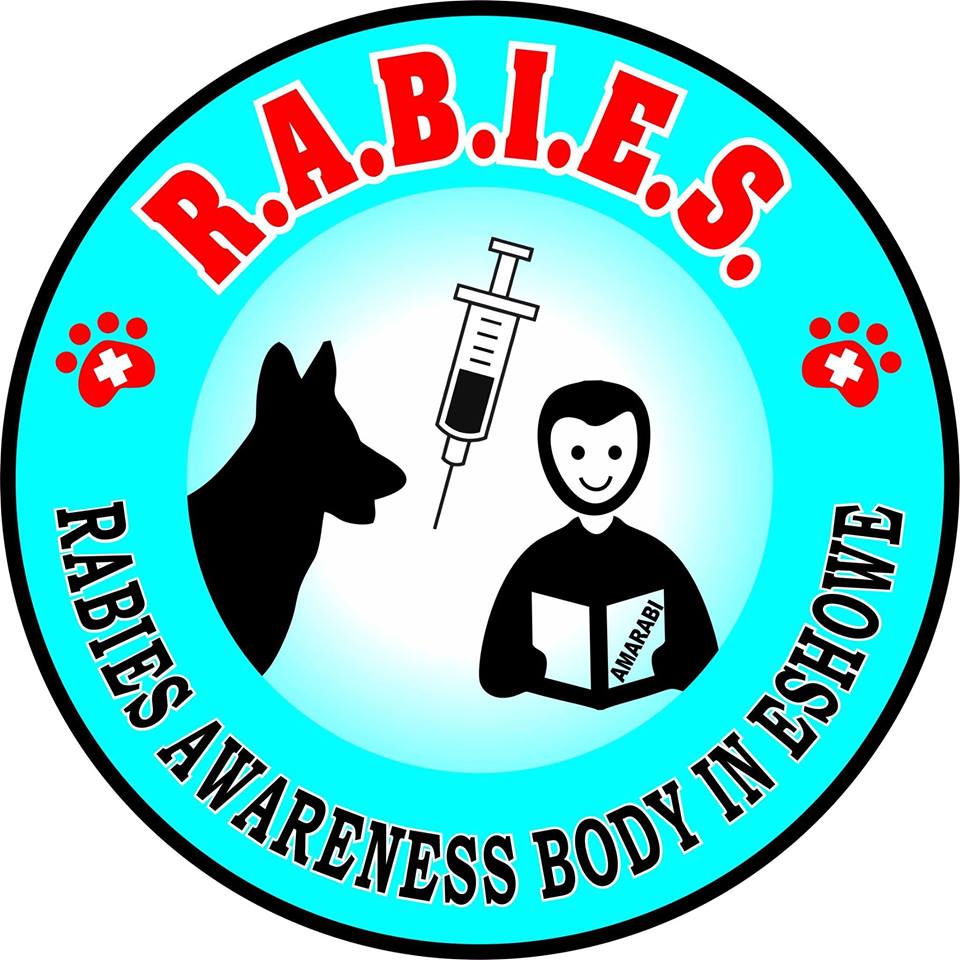 Some viewers may find this educational video distressing. We encourage you to share it. Rabies is 100% vaccine preventable but if you contract it, it is 100% fatal. What fantastic work by Mission Rabies
#rabieseshowe #zeroby30

Please share this page to help build the awareness to help prevent the spread of this deadly disease called Rabies. Thank you.

Whet your pet’s appetite with the new Monty & Me wet food range
Montego Pet Nutrition has expanded its high-quality, affordable Monty & Me Essential range by l

Pool Safety Tips to prevent drowning for pets and children
When one thinks of pool safety, the first thing that comes to mind is children, however the likeliho

Vetiquette 101: What your vet would like you to know
Visits to the vet can be traumatising, but they do not have to be if you go prepared. Pet ownership

What is the Therapeutic Value of Water for Pets with Injuries?
Unique physical properties of water provide greater improvements in physical function of animals.  I