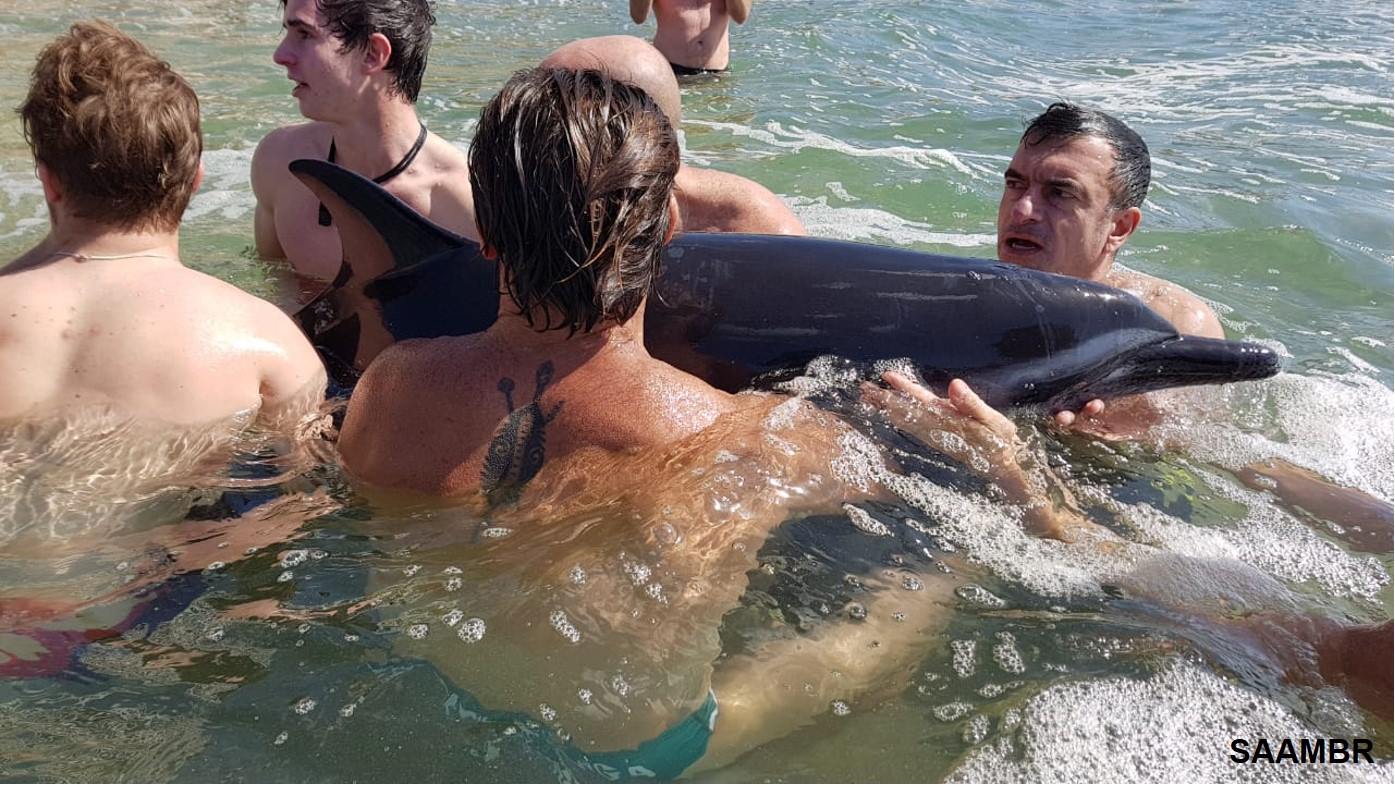 The law in South Africa is very clear in terms of members of the public handling and rescuing marine animals.
This includes

which were listed as Threatened and Protected Species on 30 May 2017, under the National Environmental Management: Biodiversity Act 10 of 2004:

Previous to this, the Marine Living Resources Amendment Act Regulation: 58(2) and 58(6) made provision for members of the public undertaking bona fide attempts to rescue these animals, however, this is no longer the case.   The public no longer have the right to, without notice to their local authority, rescue marine wildlife.

Now that the public are no longer legally allowed to rescue marine wildlife, what can they do?

In response to the above regulations and the increasing number of stranded animals, the KZN Stranding Network was established.

The members of this Network is a group of skilled and trained professionals who work together to provide knowledge, experience and resources to assist and ensure the best possible outcome for each animal, in terms of animal welfare, conservation and public safety.

Three public workshops have been held along the KZN coastline during 2018 in order to create awareness and to train members of the public who are first responders to stranded marine animals. More workshops are to be held in 2019 – follow / like THE SAAMBRE Facebook Page to be informed of future workshop dates.

It is imperative that members of the public do not attempt to rescue animals without informing the KZN Stranding Network for advice or assistance.

What to do if you find a stranded marine animal

Thank you to the volunteers and the organisation SAAMBR (The South African Association for Marine Biological Research) for their amazing support to help our marine animals.

The healing power of animals
Dogs and cats have amazing abilities to help humans heal both physically or mentally.  It's a trend

Pet Safety Checklist for the home
Keeping our homes safe for our loved ones is very important.  Herewith a checklist that can help yo

5 Party Foods that are Dangerous to Dogs
Family gatherings, parties, picnics, and barbecues all have one item in common: food, lots of tasty

Why Are Vets Not Recommending a Raw Food Diet for Pets?
Many pet parents that have switched their fur kids to a raw diet have noticed the massive improvemen

Montego KAROO is on the hunt once again for Heroic Tails
A total of R28 000 is up for grabs! The biennial Montego Karoo - Herioc Tails competition is on th