If a dog has a particular kind of disease, how would you as the pet owner respond to this situation? The average lifespan of dogs in today’s generation is between 10 to 15 years. Their life depends on how you take care of them. 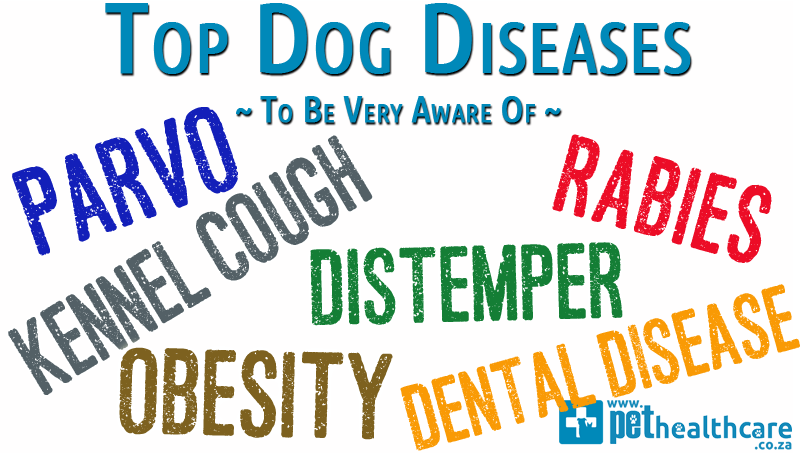 If you as the dog owner do not have enough time to monitor and take good care of them, you will end up spending a lot of money for dog medication or emergencies later on. It is therefor important to ensure that you have the ability to fund veterinary care.  Having Pet Insurance is a big part of responsible pet ownenrship. There are several diseases that dogs could suffer from, but the following of them are the most common:

Without further ado, here are the top 6 dog diseases and how to prevent them from getting worse (in any order): 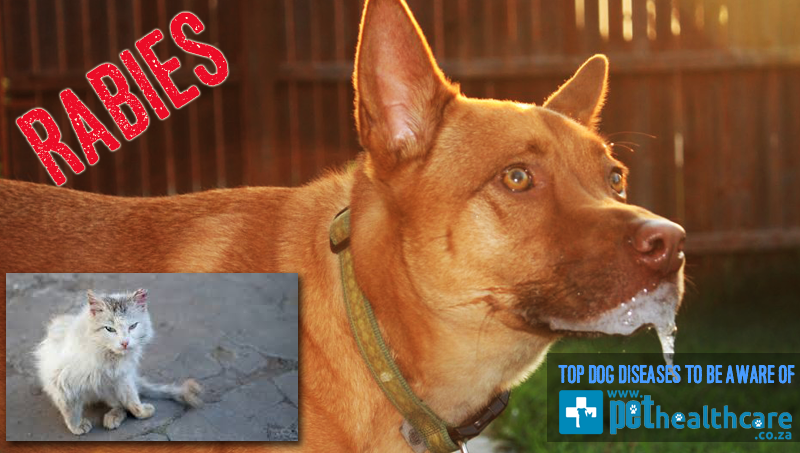 Rabies is widely known as the most famous dog disease in the world. Millions of people around the world are getting bitten by rabid dogs with rabies. As a result, they need to undergo series of rabies vaccination from time to time. Doctors or veterinarians claim that rabies from dogs is fatal and dangerous. To prevent your dog from getting rabies, be sure that the pet undergoes anti-rabies vaccination every year in a nearby animal hospital. If you get bitten by a dog that has rabies, make sure you wash the wound as best as you can and seek medical attention immediately. 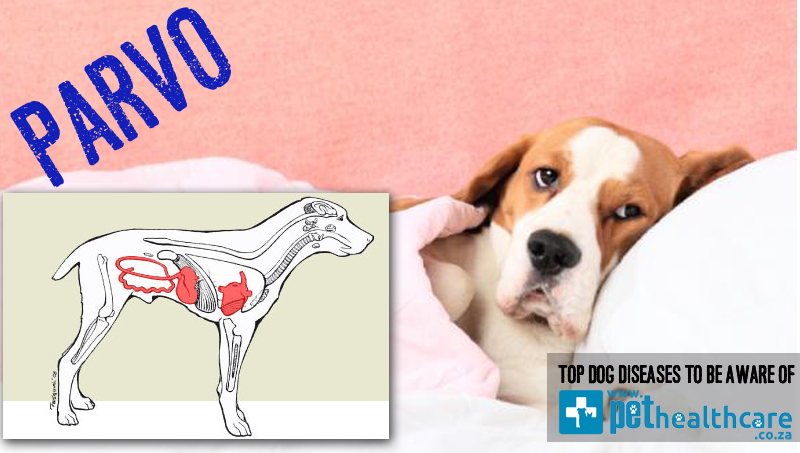 It happens when a dog is not vaccinated. It is one of the most common of pet deadly diseases around the world. One of the causes of Parvovirus for dogs is their weak immune system. Once this occurs, it would spell a lot of trouble for your dog. Not only that, it could get worse once there's no early treatment. To prevent this disease from coming to the dog, make sure that you visit the veterinarian for vaccination. On top of that, ask the doctor about the best nutritional supplement for dogs that strengthens its immune system.  This virus can linger for months in an environment which was exposed to it, which is why puppies are most susceptable to getting it from dog parks and other public places.  Keep your puppy out of public areas until they are fully vaccinated and over at least 3 months of age. 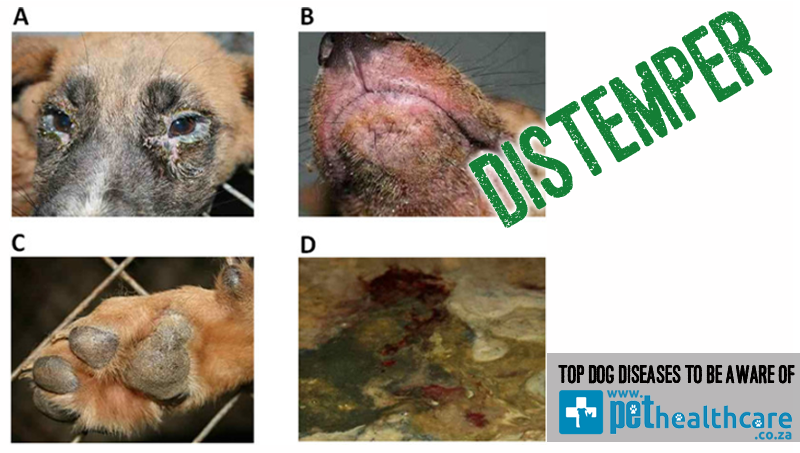 Canine distemper is a widespread, often fatal viral disease in which the early symptoms are similar to those of an upper respiratory infection in a human. It is characterised by diarrhoea, vomiting, coughing, fever, seizures, skin lesions, lethargy and watery or pussy discharge from the eyes and nose.  If left untreated, signs of neural involvement may appear, including localised muscle twitching and convulsions. Distemper is often resistant to treatment, but can be prevented through vaccination. 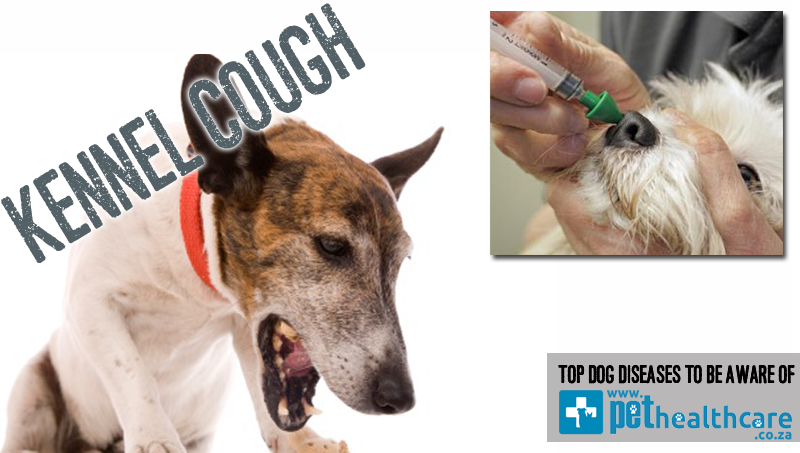 Although Kennel Cough or Infectious Tracheobronchitis (ITB) is considered a complex disease, (different viruses and bacteria are implicated in its cause), the most important bacteria involved is called Bordetella bronchiseptica. A close association with other dogs, for example in a kennel situation and/or the confinement of dogs, facilitates the spread of the disease syndrome. Antibiotic therapy has been shown to be generally unsuccessful in reducing or eliminating B. bronchiseptica infection in dogs. Canine kennel cough is usually a mild, self-limiting disease, but it can develop into a severe bronchopneumonia, especially in younger dogs. The most common sign of this disease is a harsh unproductive cough that leads to gagging, retching or even vomiting.

You can try to help your dog with Home Remedies such as coconut oil, honey, cinnamon and pro-biotics, but it is advisable to seek veterinary care if it does not improve within 48 hours. 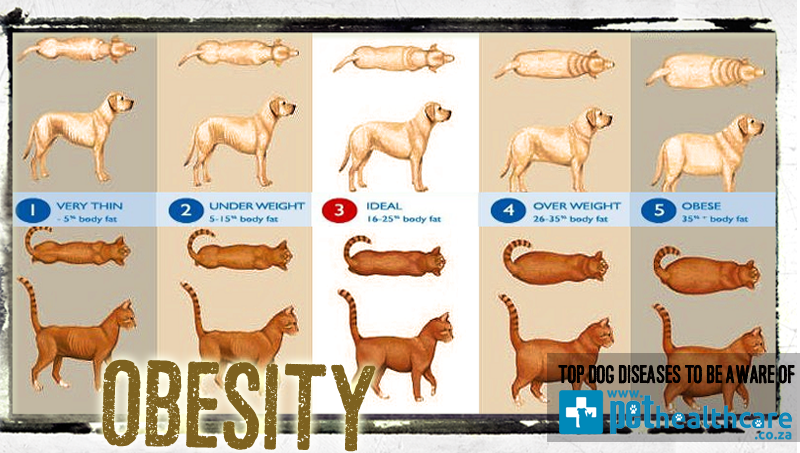 Just like humans, obesity is one of the biggest problems of a dog. If dog owners think that obesity is healthy, it is not. There is no way that an overweight dog could last longer than its lifespan. Overweight dogs are prone to several complications such as diabetes, heart enlargement, and arthritis.

To fix this health issue, seek help from a local veterinarian. The doctor can give you guidelines regarding proper feeding and exercise. However, prevention of obesity is not going to be instant. It takes some time until your dog goes back into its normal shape as long there is discipline for you to keep the dog healthy and active.

Dental disease (not to be ignored!) 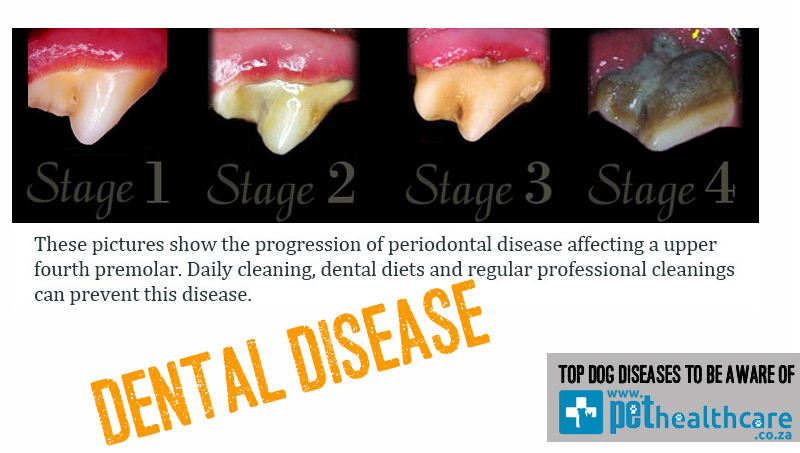 It is no joke for a dog to have “bad breath.”
If a dog owner like you thinks this is fine, think again. Just like humans, it is essential to take care of your teeth every day. The same thing goes to the dogs. If their teeth are not taken care on a regular basis, it will develop tartar, cavities, gum disease and other dental-related issues. Once you cannot take immediate action to treat these dog dental problems, it could lead to degenerative conditions such as kidney and heart problems. The only way to prevent this from getting worse is for dog owners to create a habit of brushing their pet’s teeth.

Jeff Caceres is a freelance blogger who loves dogs. He and his family currently own 4 fluffy house dogs and 3 guard dogs. He loves to share tips, stories, pictures and videos on living his life with his lovable dogs. You can check out his dog website http://lifewithpuppy.com/ for more stories from different dog owners around the world.

Healthy pets, happy holidays
Here’s some expert advice for the holidays – after all, a healthy pet means a happy owner. According

The No Bark Dog Collar Test that went wrong
The neighbours had been complaining that my dog had been barking non-stop. I hate the electric zapp

Beach Safety 101: How To Keep Your Dog Safe At The Beach
Say you’re the only child of the family. Your childhood memories include you playing alone with your

Top Dog Diseases to be aware of in South Africa
If a dog has a particular kind of disease, how would you as the pet owner respond to this situation?

Tackling your pet’s tummy troubles
Tummy upsets are one of the most common reasons pet parents consult their veterinarian. It is distre

Eco-Friendly Urns for Your Pets
Johannesburg based company is turning ashes into trees.  This company spent many years developing th