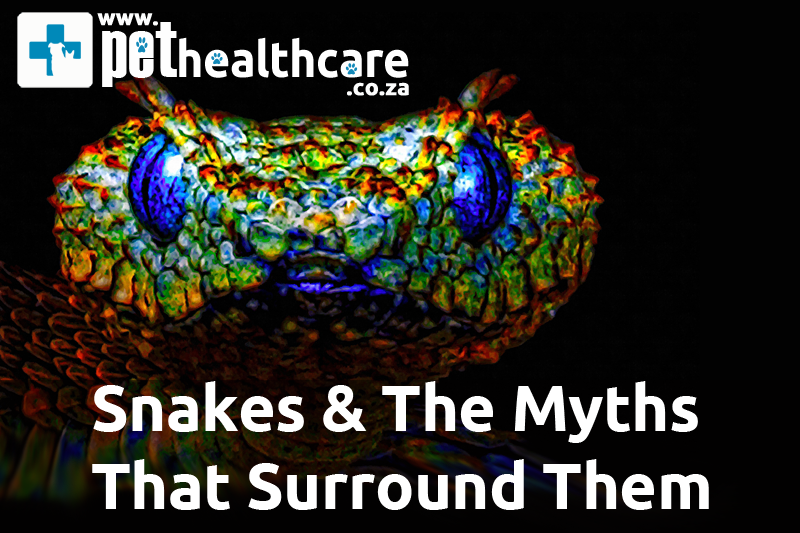 For many years I worked in a nursery near the Kruger National Park and was surprised and amazed at many of the stories I heard with regard to snakes and how they are affected by plants.

One common belief is that there is a “plant that repels snakes” or a “plant that attracts snakes” - the geranium and the garlic lily seem to have the popular vote for repelling snakes.     The humble daisy is mistakenly believed to “attract” snakes. 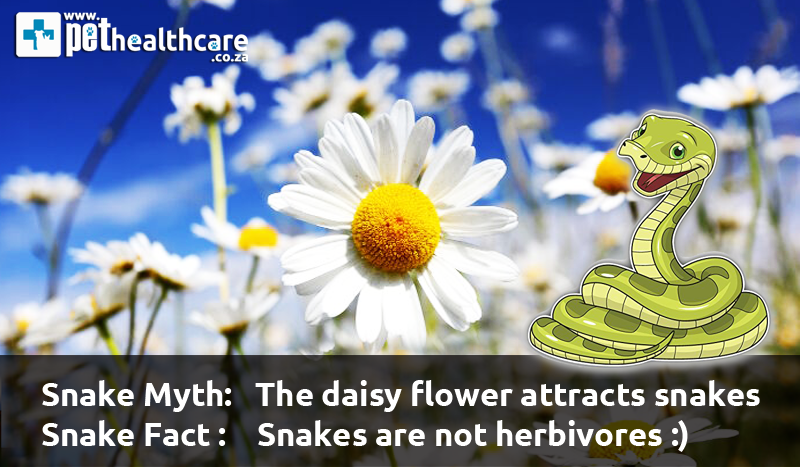 There is no reason for believing that any plant should mean anything at all to a snake.    I believe that a snake is interested in only two things – a good meal and a member of the opposite sex – a bit like a man really!     If a plump mouse or a fat juicy frog is sitting under any plant at all, the snake will head for it.    If an available female snake is at the top of a thorn tree, he will make a bee-line for her.    There is no such thing as a vegetarian snake, so they really couldn't give two darns about the foliage, taste or smell of any plant.   A snake does not glide through your garden gazing at the roses and the daisy bushes – he has more important things on his mind. 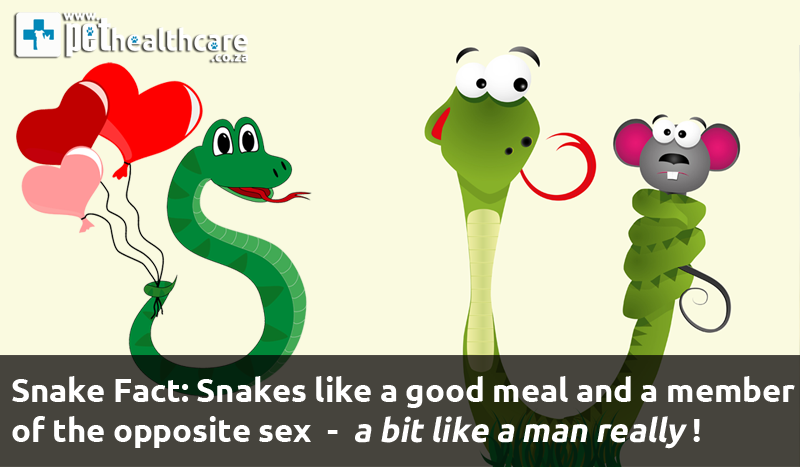 People regularly ask how they can keep snakes out of their garden.

Well folks, if you are living in the bushveld it is nigh impossible to keep snakes out of your garden.    You could move to a second storey flat, which would make it a little more difficult for them, but if you have a normal garden which has birds, mice, squirrels, frogs, centipedes, and other edibles, you are sure to find the odd snake.

Snakes are attracted to food – if you keep your dog cubes in the garage, those will attract mice which in turn will attract snakes.   If you have an abundance of birds which are your delight, a snake will also be delighted.   A small water feature or pond which attracts the odd frog will also attract a snake.

Even if you dug up your entire garden and had nothing but bare earth, you would find the occasional snake passing through on his way to the next-door garden where he has had a whiff of a female.

If your husband is a handyman who keeps loads of plants, pipes and other items which might “come in useful one day”, consider what a good hiding place that is for a snake or the rodents that it consumes.

It should be noted that the world snake population comprises about 3000 species and sub-species, of which only about 10% are really dangerous.

In fact, you are far more likely to be killed or injured by a taxi in South Africa than to be in danger from a snake.  Statistics show that an average of 15 people per year die of snake-bite, but statistics for deaths due to car accidents are unbelievable.   A total of 1 376 people died in road accidents during the festive season alone (1st December 2013 to 1st January 2014).   The annual road death statistics make for frightening reading, with South Africa being beaten only by Nigeria when it comes to death on the road in Africa. 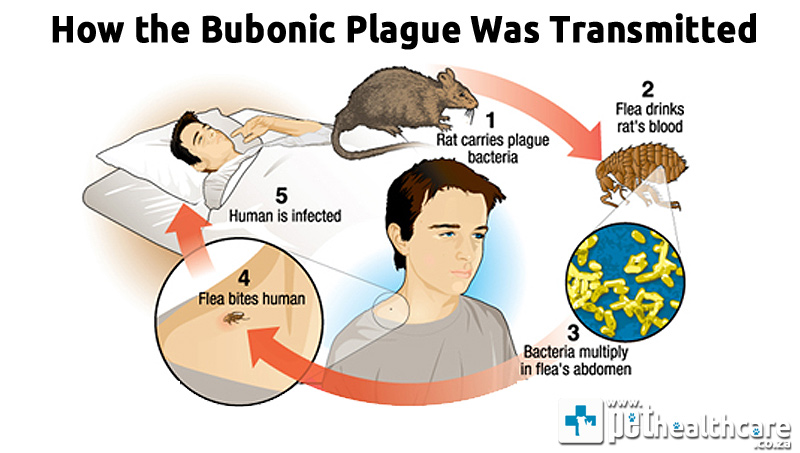 Next time you have nasty thoughts about snakes, remember that the Bubonic Plague which was responsible for the deaths of hundreds of thousands of people during the middle ages, was caused by rats.    If it were not for the snake population we could easily become overrun by rats and/or mice and end up in a real mess. 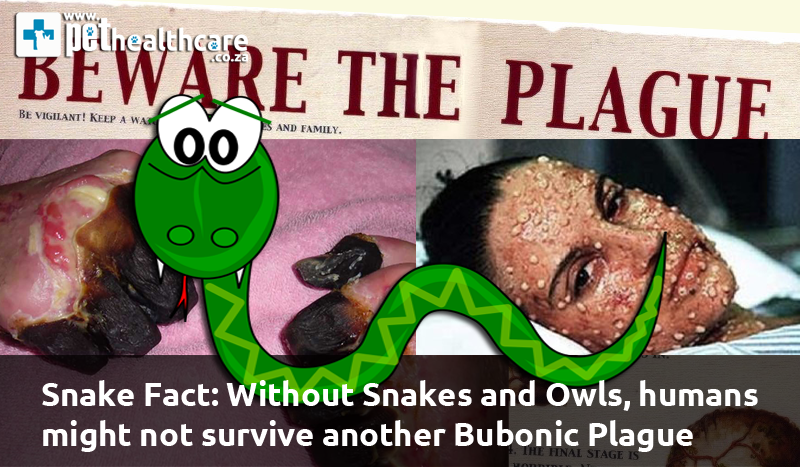 Snakes are not all that bad!!  Respect the food chain no matter how you wish to see it. 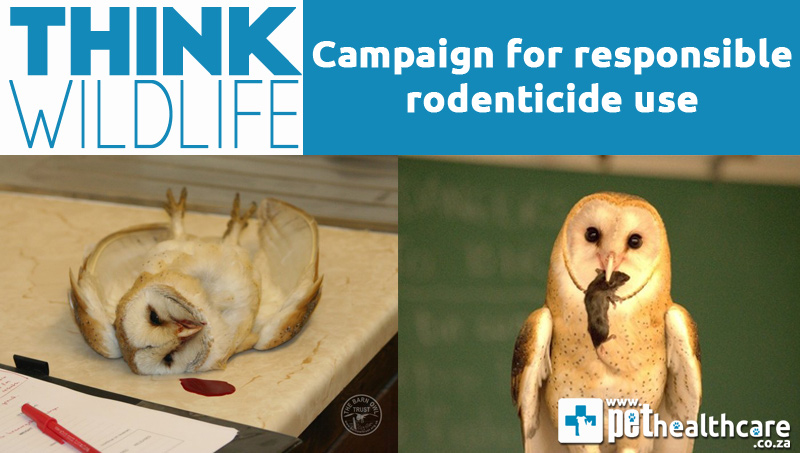 “Even if a snake is not poisonous, it should pretend to be venomous”
Chanakya  (Indian writer, politician – 350BC—275BC)

Pet Ownership in South Africa is becoming more challenging
Whilst it is a very sensitive subject, it should still be one that needs to get more attention indee

Street Dogs Deserve a chance too
It is possible to help street dogs around the world.  These animals are born tame and are part of ou

The Story of Free Spirit (Warning Graphic Content)
It really is easy to find stories of animal abuse on the internet, and our aim is never to promote o