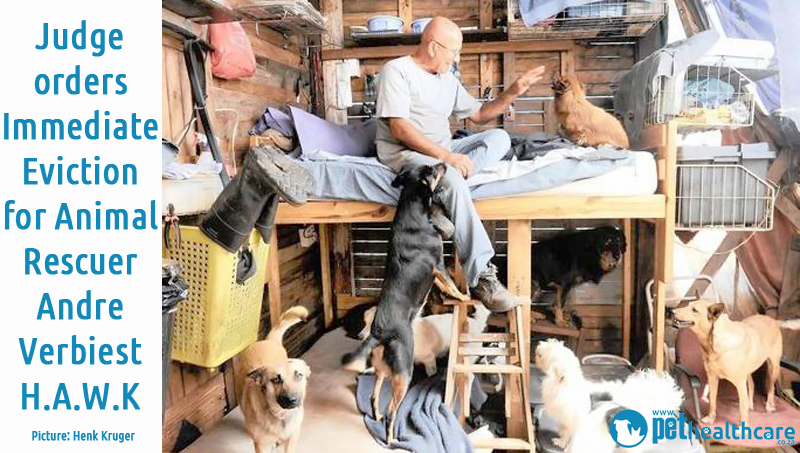 This matter ended in a large High Court battle, with the judge giving a final verdict for Verbiest to vacate the premises immediately.  He is said to have about 200 pitbulls and other breeds that he has rescued with him on the property, which belongs to Ms Gayl Basson.  All the animals are now top priority for everyone and your support towards - what we believe will now become a take-over project - will be appreciated. Basson opened up with a well written explanation about the outcome and pledging their support, whilst they have their own 270 animals to take care of on their side of the fence: 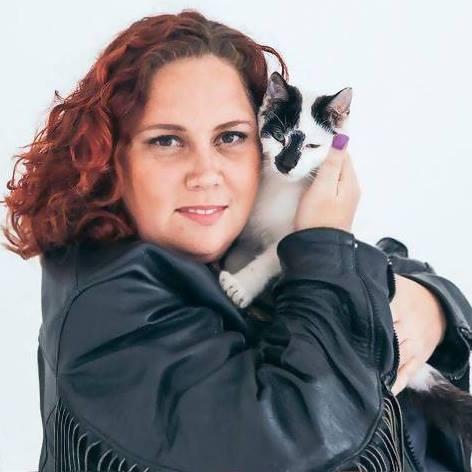 In supporting Gayl, her heartfelt request in the interest of the animals was posted on her Facebook page today:

"It is with deep regret that my dealings with Andre Verbiest ended up in a legal battle. Above all, we have stated in a court of law that we will look after all his animals (and have other organisations that have offered to help) until he has found a suitable and safe place for them. No animals will be thrown out onto the street as this goes against my beliefs. Please bear with us during this difficult time. After all ITS ONLY THE ANIMALS THAT MATTER so we need this all to go as smoothly as possible for their sake.

My need to protect them goes beyond anything! ..."

Mr Verbiest has appealed to the public for support and he does get a certain amount of funding. Below is a video of the latest media coverage for H.A.W.K. (October 2016) :

According to Mavin Charles from IOL News, Verbiest planned to fight in the Western Cape High Court today, but the eviction order is now final.

While it is very good of people to find refuge for animals, one has to keep in mind that if you wish to take on so many animals, you have to be able to take care of yourself first.  It is clear from the video and images of how Verbiest lives, that he is not capable of taking care of himself and the animals whilst under so much financial strain.  He will have to cut down on the amount of animals he wishes to take care of or he could be labelled as a hoarder, by not taking into consideration the state of his and the animals' living conditions.

It is important and good for people - like Verbiest - to be able to help and take care of animals; one should however do so responsibly and not live like a hoarder or squatter without any running water, ablutions electricity, or a decent operation that can be audited as an accredited NPO. This is not the kind of life one would expect a decent animal rescuer would operate under.  A good animal rescuer will be able to look after themselves before they take on the responsibility for so many animals, and then expect the public to entertain their financial needs!

It is easy to take pity on such an individuals, but one has to keep a clear mind and look carefully if the interest of the animals is really what is important here.  Is it acceptable for people to take it upon themselves to rescue (so many) animals if they can barely look after themselves?  We hope that Mr Verbiest can now find the time to take care of his own life and allow the responsible animal rescues to take over from him, to now give these animals adequate care and accommodation.  Pro-life and Pro-QUALITY-of-Life is what one has to question when looking at the state of this make-shift animal rescue called H.A.W.K.  The other question one has to always ask when supporting animal rescues: Are your donations being audited every year?

Verbiest is now unsure of his legal standing and should he be evicted, he and his 200 dogs will have nowhere to go. “There have been a lot of people saying that I’m a squatter and other mean things,” he told the Cape Argus.

“He had ample time to find a place,” said Basson. “I spoke to him and said we will take care of the dogs even though it will put a strain on us.”

Verbiest’s stand is adjacent to another piece of land where another shelter is being run. Basson said it was difficult to run two animal shelters on one farm. - Cape Argus

Support The Project To Help The Animals

Should you wish to support Gayl and her team at Fallen Angels and all the other animal rescues that have agreed to take over these animals untill such time that Mr Verbiest resolves his accommodation arrangements for them, please go to their Facebook page to pledge your support.

Dog Friendly beaches in Cape Town
Where can one go with your dog in and around Cape Town beaches? The answer is not that simple, as m

Cute video A Little Boy and his dog
Whats more fun than sharing a puddle of water with your best friend? This must be the cutest short v

Willie Richards 500km Plus Adventure for Fallen Angels
Willie Richards is at it again! He is on a mission to create awareness for the animals and the envir

Routine for Pets is very important
The importance of routines and mental stimulation for your pet Just like our human children, a rout