Pet owners in South Africa need no longer debate whether their animals should be kept on a leash outside their properties. According to a new ruling from the Supreme Court of Appeals - in the case of Cloete versus Van Meyersen, the responsibility of a dog's actions lies solely upon its owner. 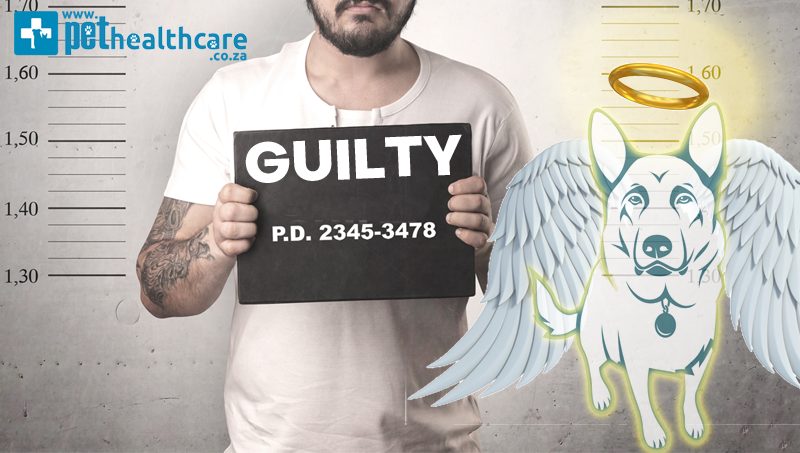 Many argue that this is too lenient and the penalty should be far more significant, but it is a milestone hearing and will echo applause as the ripple grows to spread across the country.

On February 18, 2017, Gerald Cloete (a gardener and refuse collector) was viciously attacked by four dogs, three of whom were large dogs and one small dog.

The event unfolded as he was walking along Rowan Street in Rowallan Park, Port Elizabeth. The dogs, belonging to Christiaan van Meyeren, managed to escape from their secured property at the time, and severely maim Cloete as he was walking by. Meyeren claims that while he was not at home, he had an attempted break-in and an intruder unlocked his gate, which is how the dogs managed to escape.

Several people tried to assist Cloete, but the dogs turned on one man "an extremely courageous passer-by: Jacques van Schalkwyk, 44, who, without regard for his safety, fought the dogs off Cloete and then kept them away from him, he ultimately also being attacked by the same dogs — for which he is to be highly commended," judge Murray Lowe said during the final judgement hearing.

Cloete was taken to hospital, miraculously survived, but sadly had to have his left arm amputate. He suffered many deep physical and emotional scars from this unfortunate event. 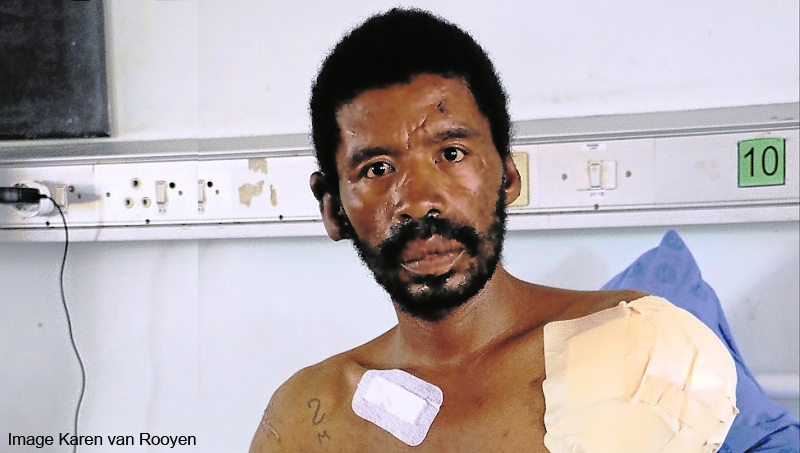 Shortly afterwards, the three dogs (Mischka and her two fully-grown offspring, Zeus and Coco) were put down.

As a result, Cloete instituted a civil claim for R2.4m in damages against the owner of the dogs, Christiaan van Meyeren. The matter was being heard in the Eastern Cape High Court in Port Elizabeth.

Attorney Wilma van der Bank (for Cloete), told News24 that while dog owners own domesticated animals, often for protection, they can not escape the responsibility of owning animals. That is their choice, but responsibilities follow in its wake.

"This case is particularly important as there is so much crime in this country at the moment that dog owners are trying to protect their property and lives by having fierce animals," she said.

"While this is understandable, they also have to ensure that these animals protect them and their property without posing a danger to innocent members of the public." All Africa 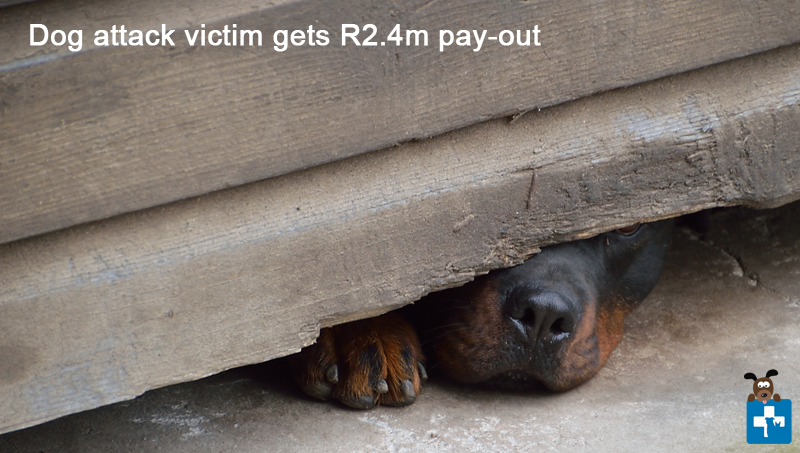 The First Judgement in 2018

The court found in favour of the plaintiff on the separated issue of liability in the judgment of November 27, 2018.

Judge Murray Lowe ordered Van Meyeren liable for R2.34m of damages to be compensated to Cloete. Added to this, Lowe called a punitive cost order against Van Meyeren for initially denying ownership of the dogs, when he and his wife (Charline) stood by and saw the bloodsoaked animals shortly after the attack.

An application for leave to appeal was heard on February 21, 2019. The basis from the defendant, Christiaan van Meyeren, was that this should be extended to include negligence of an intruder, who did not practice control over the locked up dogs but merely left the gate open. He (the owner of the dogs) disputed liability because he was not home at the time of the attack.

On Friday, September 11, five judges dismissed the appeal and found in favour of the plaintiff. This new judgement handed down has significant implications concerning the rights and responsibilities of pet owners in the future in South Africa.

The victim's claim is based on the legal principle dating back to the Roman Law, known as the 'actio de pauperie' – which holds that the owner of a domesticated animal is held liable for harm caused by that animal.

Under this action, the injured party does not have to prove negligence on their part, and a victim of a dog bite can claim damages from a dog owner without having to prove fault.

The exceptions to the SCA ruling

In this ruling, the SCA said that there are three recognised defences to such a claim:

It held that constitutional norms did not justify such an extension and that where a domesticated animal causes harm, it is in principle appropriate that responsibility for that harm rests with the owner of the animal and not the injured party.

Under the actio de pauperie, a victim of a dog attack can claim damages from the owner of the dog without having to prove fault. This exact issue had to be determined in a recent Eastern Cape High Court matter of Cloete v Van Meyeren with case number 732/2017.

"If anything, with the growth of urban living, the vastly increased number of pet animals, especially dogs, in our towns and cities and the opportunities for harm that they pose, that view of where the interests of justice lie have been strengthened," the court said.

People are entitled to walk in public places without having to fear being attacked by dogs and, where such attacks occur, it is in the interests of justice that require for the owner to be held liable for such harm.

Victims should in most circumstances be able to look to the owner of the dog compensation." 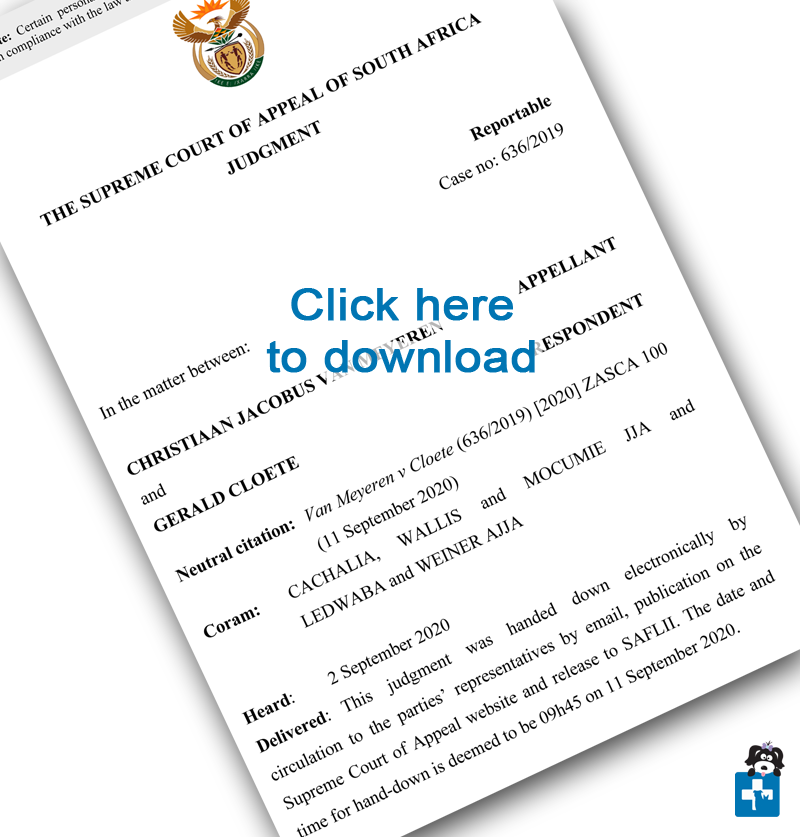 The Most Expensive Dog Breeds to Own
There are many things to take into account when getting a new puppy, and as always, we recommend tha

Video: Conventional cancer treatment by the medical industry is not working - and is a failure.
**Comment from Vondi's Holistic Pet Nutrition – "The same struggle against cancer in humans applies

Blessed be the home that welcomes a cat - Economic Benefits
HOME/ECONOMY Exterminates house pets Whether domestic or feral, we all know cats as efficient kill

Ten questions to ask before breeding your pet
The decision to breed your female dog needs careful consideration.  While doing some research on wr

Does your dog suffer from Separation Anxiety?
A disruptive or destructive pet often leads to a very unpleasant homecoming.  Do you experience a mi