There comes a time when your pet might consume a substance that is toxic.   As a pet parent we need to know and understand what is poisonous for our pets and should they consume something harmful, its often best to help them to get it out of their system as soon as possible. 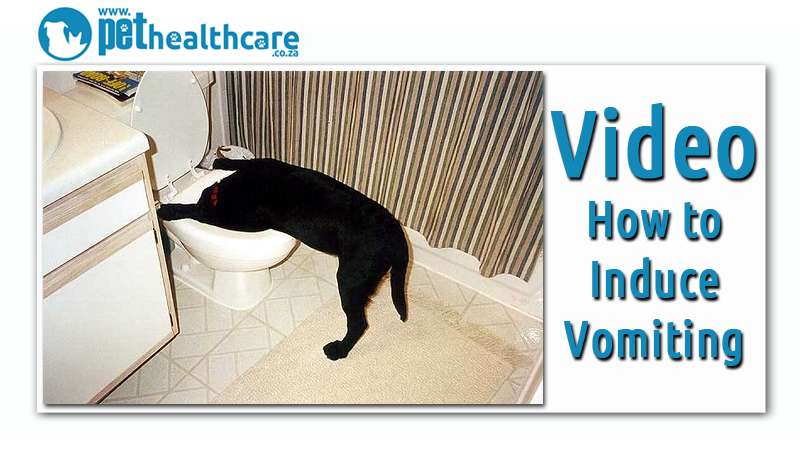 Should you ever make use of this technique, make sure to get your pet to the vet as soon as possible to ensure they are 100% detoxicated.

In this video Dr. Karen Becker discusses how and when to induce vomiting in a pet that has swallowed a potentially toxic substance.

Today's topic is a lovely one – how to make your pet throw up!

I realize it sounds like a terrible subject, but I actually get the question quite often at my Natural Pet animal hospital. A lot of clients want to know, 'How and when do I make my dog throw up' if I think he's swallowed something dangerous?

If this isn't something you've ever considered, my opinion is it's better to be safe than sorry. It's better to have the knowledge before or if you need it, rather than need it and not have it in the middle of a crisis with your beloved companion.

If you do happen to have a dog or cat prone to sampling weird stuff around your house or yard, view this video so you'll know exactly what you need to do in an emergency, which will include having hydrogen peroxide on hand to induce vomiting.

Should I Automatically Make My Pet Throw Up, No Matter What?

Let's say you actually see your dog or cat consuming something she shouldn't. Do you automatically induce vomiting?

An animal might, for example, come up the stairs from the basement with something in his mouth. Or maybe you see your dog in the yard or behind the garage chewing on something.

Sometimes kitties consume houseplants. You might see chew or tooth marks on a plant, or notice some of the leaves looked stripped or shredded.

You don't necessarily need to induce vomiting in these situations, depending on the circumstances.

When Should You NOT Induce Vomiting?

Circumstances in which you should not make your pet throw up include:

When Should You Absolutely Induce Vomiting?

I recommend (and probably your own veterinarian will as well) the only substance you use at home to make your pet throw up is hydrogen peroxide. I'm talking about three percent hydrogen peroxide – the kind you purchase at any pharmacy. Do not use the stronger, concentrated peroxide found in hair color, use only the three percent kind.

The dose is one teaspoon (five milliliters) for every 5 kg's of body weight.

The hydrogen peroxide must be given orally to your pet. At my clinic, especially if the patient is a dog, we mix it with a little vanilla ice cream to make it palatable. I don't advocate feeding ice cream to dogs, of course, but in a situation where it's necessary to make a pet vomit, hydrogen peroxide hidden in sugary ice cream usually gets gobbled up with no argument.

You can also try using a little bit of honey if there's no ice cream on hand.

Sometimes, however, we just syringe the stuff down an animal's throat. With kitty patients, it's usually easier and more effective to syringe it.

Cats, of course, are a little harder to get moving, but getting them in motion will encourage absorption of the hydrogen peroxide.

These medications are by prescription only and can only be administered by a veterinarian. They can be much more effective at inducing vomiting than hydrogen peroxide. So if your pet isn't throwing up from your at-home hydrogen peroxide treatment, you should seek veterinary care immediately.

Healthy Snacks for your pets

Good and bad foods for pets

#petobesityweek - how does your pet measure up?
Obesity is the biggest health problem facing South African pets. Many owners believe a ‘little extra

Mutt Mix Allergy Tests for pets
Animals in the wild generally do not have an allergic reaction to their food and environment.  Our m

Top 10 Reasons for a Man to choose a dog over a Woman
Will a dog's parents will ever visit you?   A dog still loves you when you leave your clothes o

The effects of Thunder on animals and what to do about it
“I was in my room, relaxing and reading my favourite book.  Suddenly a bomb exploded in the house, o