Rabies is a viral disease that causes acute encephalitis in warm-blooded animals, which can be transmitted from one mammal to another - including animal to human spread - better known as a zoonotic disease. 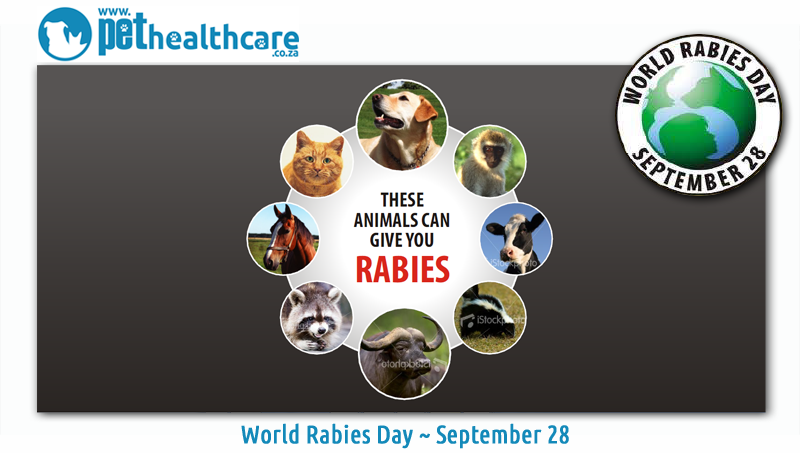 Is rabies really a threat to you and your family? Take a look at the statistics and decide for yourself:

Definitely not a disease we can afford to ignore.

Let’s look at a summary of disease symptoms and prevention. 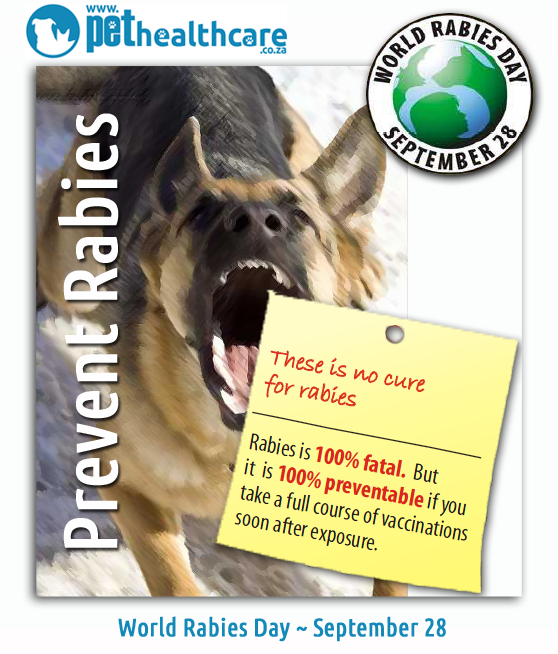 Symptoms of rabies in animals

Most of us can picture the appearance of a rabid animal:

This is true for the “furious” form.

Rabies can also present in a ‘dumb” form:

Where the animal is not aggressive but appears

It is compulsory to vaccinate all dogs and cats against rabies in South Africa.

First vaccine is given at 3 months of age and repeated before patient is a year old. Thereafter a booster vaccine must be administered every 3 years (in some parts of SA, like KZN) and in travelling pets it is usually required to vaccinate every year).

What to do when bitten by a suspected rabid animal.

If you get bitten by a suspected rabid animal you need to take action asap.

You can help to eradicate rabies by keeping your pet’s rabies vaccine status up to date. Although it is compulsory in South Africa not all pet owners are aware of this legislation. 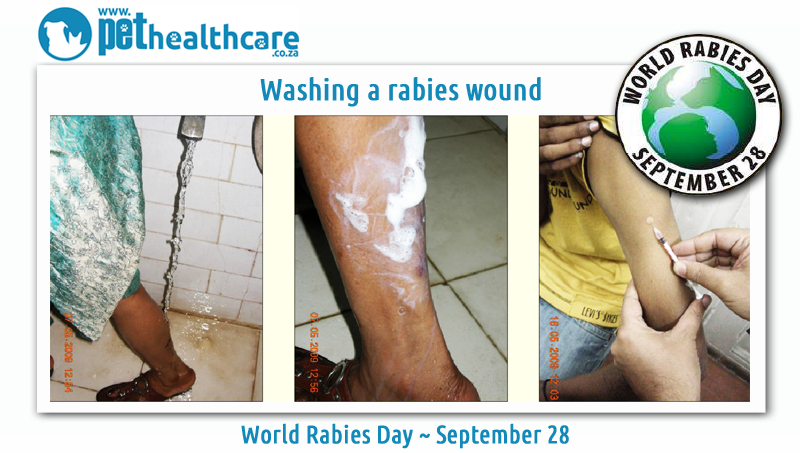 How to wash a wound and Prevent Rabies:

1. Rabies is a fatal disease.  If bitten by a domesticated pet ask owner for the dog’s vaccination status. If the dog cannot be traced and there is any suspicion of rabies get medical attention ASAP. Rabies can be prevented if post exposure prophylaxis is given soon after exposure but no treatment is effective once symptoms developed.

2. Rabies is caused by dog or animal bite or scratch.

3. The Rabies virus in the saliva of the animal is shed on the surface of the wound and ascends through nerves to the brain.

4. Wash the wound immediately with running water and lather with soap, this helps to wash away the virus.

5. Apply antiseptic or alcohol after the wound has been washed.

6. Do not apply chilli powder, milk, leaves or other irritants on the wound as it will not kill the virus, but cause it to spread further.

7. After you have followed steps 4 & 5 above, consult a medical doctor immediately.

8. When you suspect that an animal has rabies, do not approach it but contact your state veterinarian.

From Scruffy stray to beloved family pet
If ever a dog needed a 'best friend', it was this little Maltese cross. Trying to survive on her own

9 Reasons You Should Get A Pet For Your Child
By Emily Parker, Catological.com No question about it – pets are great for children!  While anybody

Blue-green Algae is toxic for pets and humans
**Warning** Dogs that enjoy swimming and playing in dams may be exposed to blue-green algae.   Low w

How do dogs see with their noses
Dogs smell in stereo.  As air enters into the dogs nose, dogs can smell several hundred million tim