Do dogs lick your face because they really love you?  Or, is it just some animal instinct that us humans kind of hope is love, but we know it might not be?  Find out from animal expert and dog trainer, Dawn Gardner, what she believes really happens when your dog has a licking behaviour.

"There is nothing in the world that compares with the joy our dogs can bring to us when they run to greet us after a long day. The expression of pure bliss they have at the sight of us lets us know just how much they love us. One common occurrence during these greetings is the puppy “kiss”. 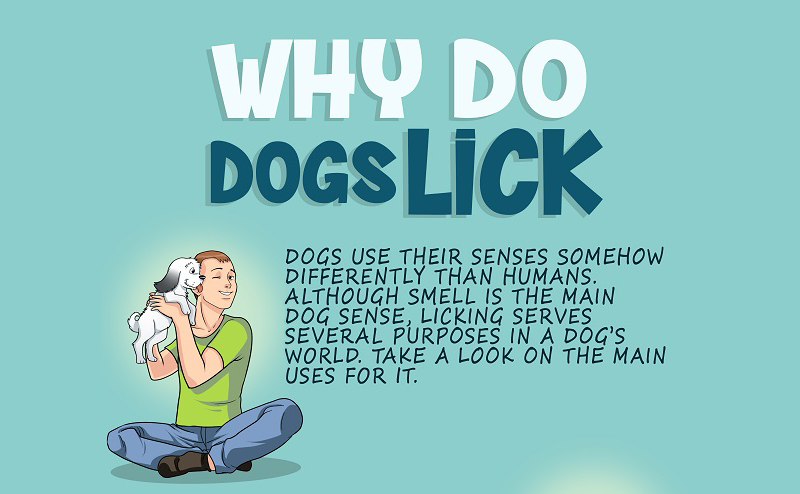 Often they will give us big sloppy licks as they celebrate. So why do they do it? Why do dogs lick your face? Why do they lick at all? Don’t worry your dog is not tasting you to see if you might be dinner. He is acting on a natural behaviour that is deeply rooted in who he is as a dog.

Licking serves several purposes in the dog world. Information gathering is one of them. Smell is the strongest of your dog’s senses. Humans tend to use sight, and generally have very good vision. Dogs do not. Not only are they missing the cones in their eyes to see light in the red and green spectrum, but the clarity of their vision is nothing like ours.

Licking others is a deep seated behaviour in the dog world. Mother dogs lick their newborn puppies to stimulate them to begin breathing on their own. Without it, they would not survive.

It is extremely common for puppies and dogs that want to present themselves as non-threatening to lick other dogs on or near their mouths. It’s their way of saying “I’m friendly, and don’t want any trouble.”

So, as much as we may feel like parents, our dogs aren’t stupid. They know we are not dogs. They are not trying to get us to give them something to eat. So why do dogs lick your face?

Appeasement is the most likely reason for a dog to lick a human in the face. When a dog licks another dog in the face, he is trying to communicate that he is no threat, like a little puppy.

For dogs, licking causes the release of endorphins, which make the dog feel better. Some dogs develop a habit of licking that can be distressing to us. Stereotypes can develop when a dog is stressed, and finds a behaviour that soothes them when repeated. This is much like a child who sucks his thumb.

Just because your dog licks you in appeasement, doesn’t mean that the gesture is not one of affection. Studies have shown that our dogs cause us to release dopamine when we look at them, just like we do when we look at our own young. In a sense, our dogs have hijacked our dopamine response system resulting in our continuation to take care of them.

But the reverse is also true. A dog’s brain also releases dopamine when he looks at his human. You don’t have to wonder if your dog loves you because science has proven it. So call it a kiss if you like. Your dog certainly loves you, and this may be his way of expressing it!

But what if you don’t like it when your dog licks you in the face?

Try teaching him another behaviour to get your attention and your affection. Perhaps a high five, or a simple sit. If you teach your dog what you like, and start ignoring the licking or even walking away when he does it, your dog will opt to use his energy in a way that works. Instead of licking, you’ll get a high five. But please don’t punish your dog for showing his appreciation of you, just show him how to do it better!"

Lets Talk Business - Give people what they want
Do you have a business in the Pet Industry?  Today we want to explain to you in #LetsTalkBusiness ab

​BOSS DOG FOOD RELAUNCHES WITH CHOW FOR CHAMPION DOGS
PRESS RELEASE  5 November 2015 BOSS’S BARK AS GOOD AS ITS BITE NEW BOSS DOG FOOD, INSIDE AND OUT In

Top Ten Tips for First Time Pet Owners
First-time pet ownership can be daunting, and for this reason, we are sharing with you some of the